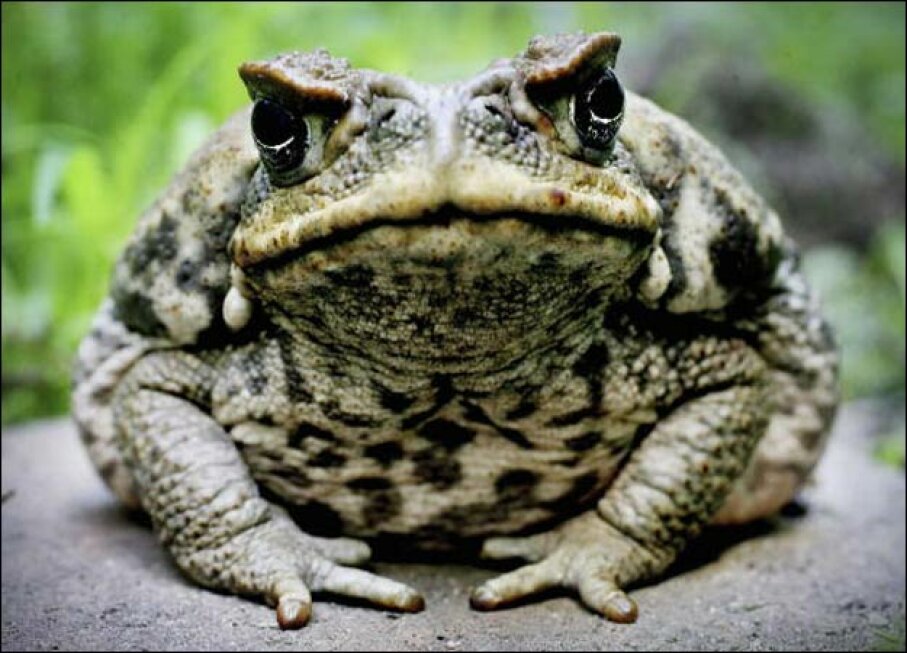 The cane toad is native to Central and South America, and an invasive species in Australia. It was introduced to Australia in 1935 to protect crops against cane beetles. The experiment failed because cane toads don't eat adult beetles and the larvae — which they would eat — live underground. The result is that the cane toad reproduced wildly and began to devastate native wildlife.

Although the cane toad has no natural enemies in Australia and is poisonous if ingested, so native predators that do occasionally feed on the giant amphibian end up dying themselves. Now several million strong (from an initial stock of 3,000), the cane toad continues to expand its range in Australia, pushing Australian snakes, lizards and other animals to the edge of extinction.

A large, stocky animal, the cane toad has dry, warty skin and ridges above its eyes. It inhabits grassland and woodland, only venturing to fresh water to breed.