by Michelle Konstantinovsky Oct 22, 2019
On the left is a young adult Congolese giant toad disguised as a super venomous Gaboon viper, seen here on the right. Colin Tilbury/TAYLOR & FRANCIS GROUP

If you've ever pretended to be someone you're not in an effort to appear tougher, stronger or just generally more badass to your rivals, then perhaps you can relate to the Congolese giant toad. According to a study published Oct. 20, 2019, in the Journal of Natural History, this amphibian, native to central African rainforests, has found a clever way to mimic the super venomous Gaboon viper in order to outsmart its enemies. The elaborate creature cosplay may seem all kinds of extra, but the role play can be a highly effective disguise for the toad — a major treat for any predator — which can take on the appearance of the snake known for producing the most venom and having the longest fangs of any other kind in its species.

This is the Congolese giant toad (Sclerophrys channingi) which changes its appearance to mimic the Gaboon viper, which is renowned throughout the animal kingdom for its deadly bites.
Konrad Mebert/TAYLOR & FRANCIS GROUP

"Our study is based on 10 years of fieldwork and on direct observation by researchers lucky enough to see the toad's behavior firsthand," Dr. Eli Greenbaum, evolutionary genetics professor at the University of Texas at El Paso said in a statement. "We're convinced that this is an example of Batesian mimicry, where a harmless species avoids predators by pretending to be a dangerous or toxic one."

To test the hypothesis, Greenbaum and his team had to demonstrate that the toad can successfully trick its predators, but this sort of thing isn't exactly easy to prove since the creature rarely makes appearances in the wild. Greenbaum, however, stated that the researchers are confident that the hypothesis is well-supported "based on multiple sources of evidence provided in our study."

By using live wild-caught and captive specimens, as well as preserved ones in museums, the researchers discovered that the color pattern on the toad's body is similar to the one found on the head of the viper. The toad's triangular shaped body, dark brown spots and dark brown stripe are all extremely reminiscent of the snake — even the toad's skin is uncommonly snake-like and smooth for a creature of its species.

Since the Gaboon viper is renowned throughout the animal kingdom for its deadly bites, scientists believe the toad has adapted features to mimic the killer snake and ward off potential predators. And there's more to this fake-out than meets the eye: When Gaboon vipers feel threatened, they lift their head and let out a long, loud warning hiss. While the toad can't deliver the subsequent lethal strike, it was found by Chifundera Kusamba, a herpetologist from the Centre de Recherche en Sciences Naturelles, Democratic Republic of Congo (DRC), that the creature does make a hissing sound. And according to observations by biologist James Chapin over a century ago, the toad also displays posture that could be mistaken for the snake's signature head cock.

But to the toad, a successful impersonation is all about location, location, location. After comparing the geographical range of the toad and viper in the DRC, the researchers discovered that the toad doesn't hang out in areas unless the viper does too. It turns out there are 11 locations in the eastern African rainforests where both species coexist, and according to genetic data, they even evolved at about the same time in the early Pliocene about 4-5 million years ago.

"Given the relatively large size and therefore calorific value of this toad compared to other species, it would make tempting prey to a large variety of generalist predators, including primates and other mammals, lizards, snakes and birds," Kusamba said in a statement. "Many of these predators use vision to find their prey, and because the viper is deadly venomous, they probably recognise the distinctive, contrasting markings from a considerable distance and avoid the toad because of them, receiving a threatening hiss if the appearance doesn't put them off."

Now That's Interesting
One of the most famous examples of Batesian mimicry is the harmless Papilio swallowtail butterfly species, which often impersonates other toxic members of the butterfly family.

Green or Blue? The Best Turquoise Is More Valuable Than Diamonds

Why Wainscoting Has Stood the Test of Time 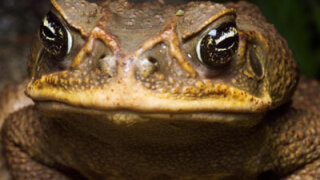 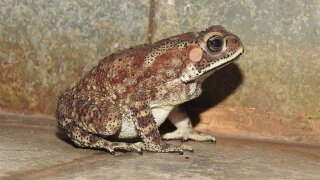 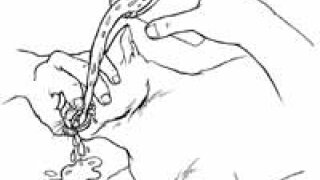 How to Treat a Cat With Toad Poisoning