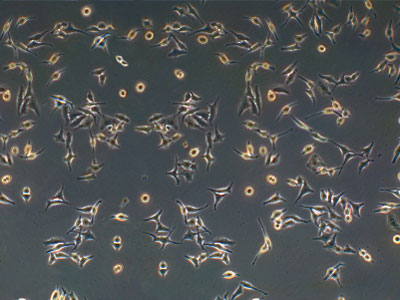 ­It's likely that the idea that toads can cause warts stems from the wart-like bumps that toads bear on their backs. These are actually glands that produce and secrete toxins that serve to defend toads from predators. All toads have them; some are more toxic than others. Although they resemble warts in appearance, these glands aren't warts. This is the first problem with the idea that toads can caus­e warts: If toads actually did have warts, they conceivably could be capable of producing warts in humans when handled, since warts can be transferred from person to person.

Toads would have to secrete a virus called the human papillomavirus (HPV) in order to cause warts. That's because warts are the result of an HPV infection, not toad secretions.

HPV may have a familiar ring to it. Beginning in 2006, a battle over mandatory HPV vaccinations took place in the U.S. One particularly virulent sexually-transmitted strain of the virus has been shown to cause cervical cancer in women and many groups (led largely by Women in Government, or WIG) wanted states to mandate the addition of HPV vaccines to the roster of inoculations required for children to attend school.

The state-by-state campaign by WIG lost some steam in 2007, after it was revealed that the group (which is composed of elected female officials around the U.S.) was partly funded by Merck, the pharmaceutical company that produced Gardasil, the only FDA-approved vaccine for HPV [source: AP]. The potential benefits for reducing the prevalence of cervical cancer (which affects around 10,000 women in the U.S. annually) appeared to outweigh any controversy, however [source: Rein and Wiggins]. By the end of 2008, 41 states had introduced legislation to create mandatory HPV inoculation programs and 19 states had already enacted them [source: NCSL].

An estimated 20 million people in the U.S. are infected with a form of the HPV virus; there are about 100 types of the virus [source: Rein and Wiggins, Mayo Clinic]. Most of them are fairly harmless to humans, producing benign maladies like warts, for example.