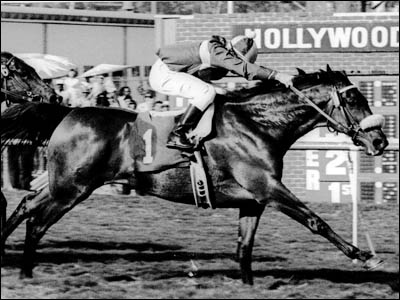 The 1980s were all about John Henry, voted the racehorse of the decade and also becoming the first to surpass $4 million in career earnings in 1983. He was named after the "steel-driver" folk hero as a result of the equine's tendency as a youngster to tear down steel water and feed buckets off of stall walls and stomp them flat.

In addition to his 39 wins, he became the only horse to nab first place twice for both the Arlington Million and Santa Anita Handicap After. his last race at the 1984 Ballatine Scotch Classic, he retired in 1985 as the world's richest thoroughbred.