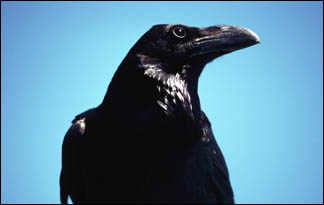 Crossing the street against traffic may be called "jay-walking," but jays and other members of the crow family understand better than some humans the importance of waiting for the light to change. Crows living in urban areas are known to gather nuts from trees and then place them in the street for passing cars to crack open the shells. Then, after waiting patiently for the light to change, they return to the street to retrieve their nutty snack - an impressive example of animal innovation. Crows also communicate in elaborate population-specific dialects and play games and tricks on one another. Some scientists even believe that crows are more intelligent than primates.