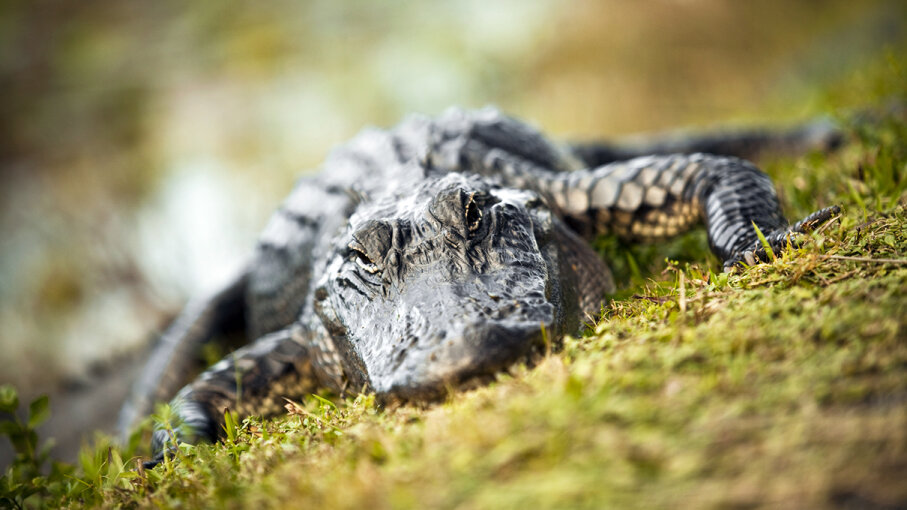 American alligators in the Florida Everglades use their snouts and claws to create massive trenches known as "gator holes." Paul Giamou/Getty Images

Nutrients, water and living space. Those are some of life's basic needs. Anything that alters their distribution is going to be a key factor in the struggle for survival. Change the waterways, the landscape or the availability of food and an entire ecosystem can be reshaped.

Certain species wield that power to great effect. One of the most fascinating topics in biology is the role of ecosystem engineers. Scientists define these as "organisms that directly or indirectly modulate the availability of resources to other species by causing physical state changes to biotic or abiotic materials."

In simple terms, ecosystem engineers alter their physical surroundings in ways that have major impacts on the livelihood of other organisms. A perfect example would be the American alligator (Alligator mississippiensis).

Out in the wild, the big reptiles like to make their own swimming pools. Using their snouts and claws, they create massive trenches known as "gator holes" in the limestone around Florida's Everglades. In short order, these things flood with water. The depressions also tend to remain full of water, even well into the dry season — a time when standing water is scarce.

For other life forms, these gator holes provide badly-needed oases. Frogs and turtles pour into these convenient little ponds, while plants surround their rims, attracting all kinds of insects. So, as unlikely as it sounds, Florida alligators are environmental stewards. They create brand-new homes for their neighbors and — in the process — strengthen the biodiversity of the Everglades.

Other ecosystem engineers leave different marks. Today, we're looking at five that reshape rivers, link ponds together and transform mangrove creeks. Mapmakers of the world, you'll want to keep your erasers handy when these beasties come to town. 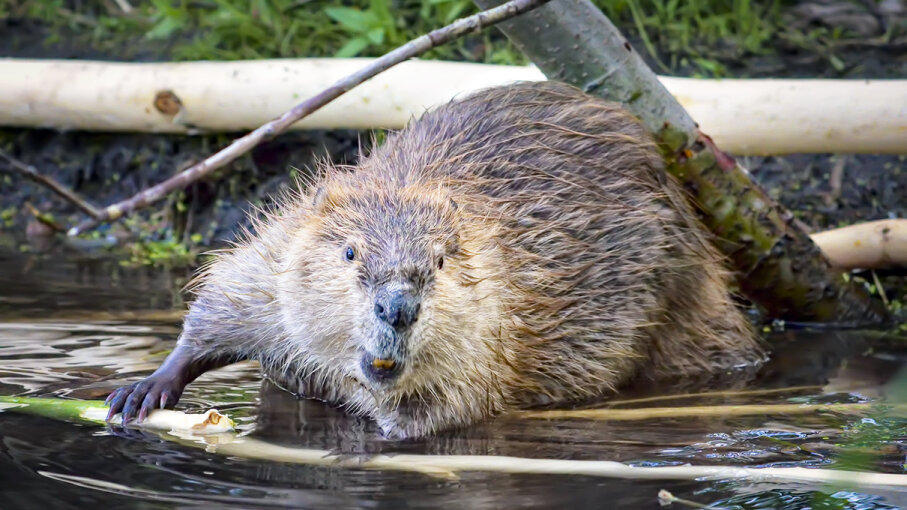 The term "busy as a beaver" is high praise indeed. Beavers are insanely hard-working rodents; a lone individual can cut down up to 200 trees in a single year. Famously, they build sturdy homes — or "lodges" — for themselves out of branches, mud and other materials. They can also make their own large-scale ponds by damming streams.

With a well-placed dam, a beaver family will be able to regulate water flow. On the structure's upstream side, backlogged water may give rise to a standing pond where none previously existed. This not only gives beavers a place to build their lodges, it also affords easy access to surrounding trees. Often, a couple of inches (5 centimeters) or feet (0.6 meters) of water covers the bases of nearby pines and hardwoods that once stood on dry ground. As a result, beavers can swim right up to these trees. They also like to dig canals that branch out of the new ponds, penetrating deeply into the local forests.

However, not all the side-effects are positive. When a beaver dam fails, it's liable to flood towns or farms. The aftermath can be expensive: In the southeastern U.S. alone, these floods are responsible for an estimated $22 million in yearly damages to the timber industry. It's not surprising, then, that many people view beavers as pests. If you've got a beaver problem, know that humane solutions are out there. 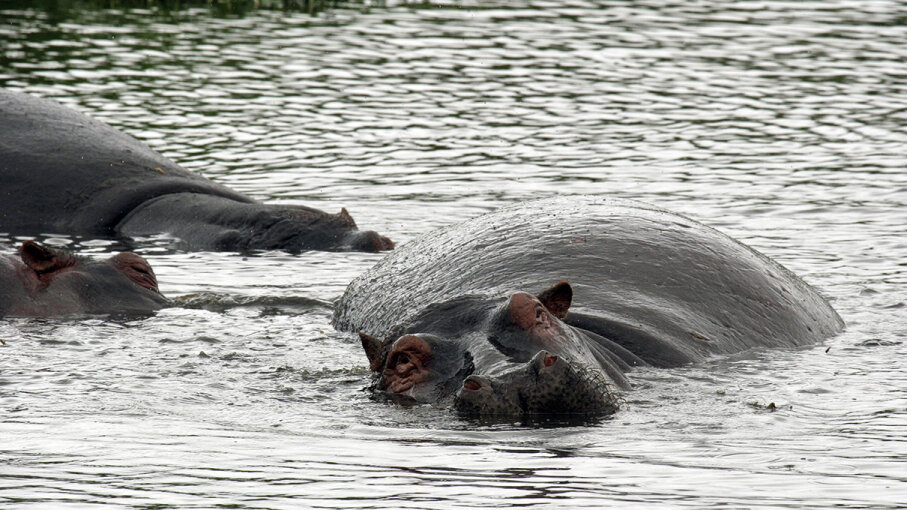 Hippos carve up and revamp Africa's waterways just by going about their daily business. Arterra/Getty Images

Landscaping is child's play for these guys. Put a group of hippos into a floodplain with lots of nice, soft soil and they'll start reconfiguring the turf like crazy. The massive creatures like to plow through the reed beds that ring bodies of water. This creates deep depressions in the underlying soil, which in turn become channels. Also, on hot days, hippos will sometimes relax in the cool comfort of freshwater pools.

However, these don't offer much in the way of food. So when hunger strikes, the hippos leave their little pools to feed elsewhere. All of this coming and going produces what Discover magazine once called "hippo highways."

Worn down into deep, plant-free ravines by wandering hippos, these footpaths can be as much as 16 feet (5 meters) wide and — just like gator holes — they're quick to fill up with water. What's more, hippo highways linking the pools to big rivers can also be established. If the area should flood, these connection points may become an outlet for surging water. They also enable swamplands to expand. And under the right circumstances, the trench-like trails will divert a great deal of sediment from rivers into lagoons or ponds.

So to make a long story short, just by going about their daily business, hippos can carve up and revamp Africa's waterways. Neat. But if hippopotamuses are true blue ecosystem engineers, then how do they affect other organisms?

Well, one 2015 analysis determined that hippo dung is an important source of nutrition for at least some of the fish and insects that share the animal's native range. Don't underestimate the power of poop. 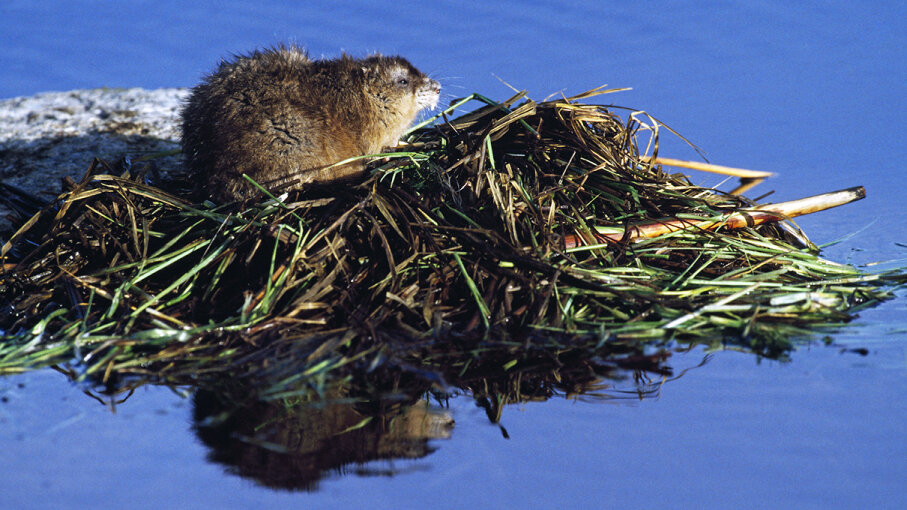 The burrows muskrats build have big implications for the waterways because they promote erosion, which can cause riverbanks to collapse. Design Pics/David Ponton/Getty Images

Beavers may be the poster children for ecosystem engineers, but other rodents also deserve some acknowledgement for their roles in shaping habitats.

Consider the muskrat. Like beavers, muskrats are known to create dome-shaped lodges out of things like twigs and leaves. But this isn't their only method of building shelters. Muskrats who live alongside rivers, ponds or ditches tend to eschew lodges in favor of deep holes they've burrowed into the banks. The critters begin by diving under the water, where they start working on a tunnel about 6 to 18 inches (15.2 to 45.7 centimeters) below the surface. From there, the muskrats dig farther and farther at an upward slant. Eventually, they produce a warm, dry living chamber that's only accessible through underwater entrances. Not a bad way to keep uninvited guests out.

Such burrows can have big implications for the waterways they're connected to. For one thing, the structures promote erosion, which can cause banks to collapse. This prompts water to race into the afflicted area, disrupting the river flow. Over time, if enough water is re-routed toward the collapsed bank, the river's curvature might change — thanks partly to the rodents. And much to the annoyance of human land developers, when a muskrat burrows into a manmade dam, unwanted drainage often follows. 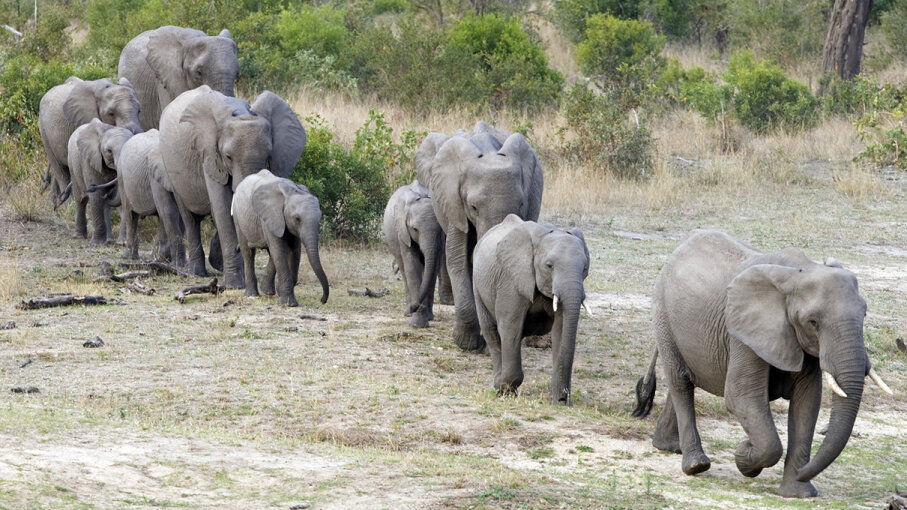 It's hard to keep a full belly when you weigh 7 tons (6.35 metric tons). African elephants are larger than life and have appetites to match. On a typical day, an adult will spend 12 to 18 hours eating, devouring as much as 600 pounds' (272 kilograms') worth of food in the process. All that munching is vital to the ecosystem. So are the bowel movements that come later.

Elephant dung is a nutritious fertilizer for the soils of Africa; it's also a vehicle by which many seeds are dispersed. Furthermore, by knocking down trees and eating shrubs, these colossal animals convert forests into grasslands.

A 2009 study revealed even more about the transformative powers that African elephants have over their habitats. Appearing in an issue of the journalBioScience, this study reported on the ecosystem engineers in Botswana's Okavango Delta. Elephants, the co-authors noted, are great at building water channels. The tusked herbivores like to cover the same land routes over and over again, making trails in the process. Sometimes, multiple generations of elephants will re-use the exact same footpaths. As time goes by, the heavy animals can't help but compress the soil, turning their walkways into trenches.

According to study authors, when elephants move back and forth between two bodies of water, their sunken trails become nice conduits. Thus, rivers or ponds that were once isolated can be merged via elephant-made canals.

And that's not the only service that elephant routes provide. In 2010, environmental scientists Roy Sidle and Alan Ziegler published a seven-year study on an Asian elephant trail in northern Thailand. By inspecting both water and sediment levels, they determined that this pathway helped send monsoon runoff directly into the local streams. 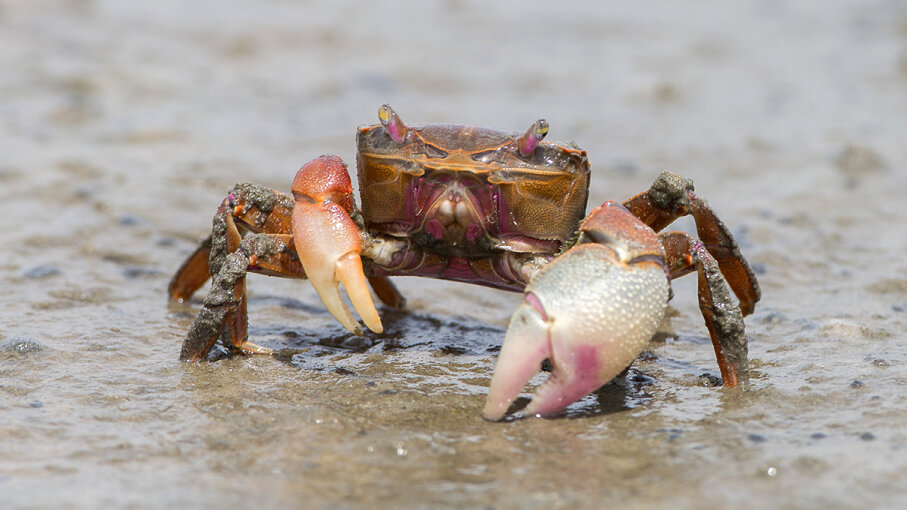 It's time to take a break from our own phylum. A number of crustaceans are great diggers, including the so-called fiddler crabs (genus Uca), which shelter in tunnels measuring up to 3 feet (0.9 meters) or more in depth. (The holes are quite a construction project, given the fact that most fiddler species are less than 2 inches (5 centimeters) wide.

And then we've got the "burrowing crabs" of the genus Chasmagnathus. Unrelated to the fiddlers, these guys live in the mangrove swamps, salt marshes and estuaries of eastern Asia. For many years, a South American species formerly known as Chasmognathus granulatus was assigned to this genus, but in 2006, it was reclassified and renamed Neohelice granulata — though, confusingly, some scientists still use the old name.

Often found in the mangrove swamps of Brazil and Argentina, Neohelice granulata is an efficient, deep-digging burrower. Like muskrat holes, the tunnels these small crabs builds are liable to weaken the surrounding turf. On mangrove swamp shorelines, this has the effect of widening tidal creeks, whose mud and clay-based banks are rendered more vulnerable to erosion by the digging invertebrates. And that's just part of the story. Because burrowing crabs have such a pronounced effect on sediment composition, their tunnels can also cause completely new creeks to form within these mangrove systems.

So despite being rather miniscule animals, burrowing crabs can shake up entire waterway networks. Will nature ever cease to amaze us?