5 Oiled Animals That Should Get Press Gulf Oil Spill 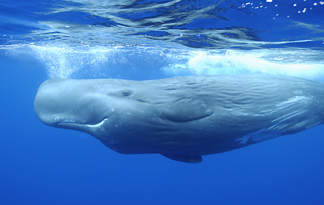 Whales usually get more attention on the Pacific coast, but the Gulf of Mexico is home to as many as 2,000 sperm whales. They inhabit the deep waters near where the oil is gushing from the leak, and so far, at least one whale has been found dead. Results on the cause of death are still pending, but biologists believe that it's likely the oil spill was a factor. Even if it wasn't, the massive leak will no doubt ultimately have a deleterious effect on the giant sperm whale. The birth rate for sperm whales has declined in some populations in recent years, leaving it even more vulnerable as a species.