The Birds and the Bees: Uses of Other Animals 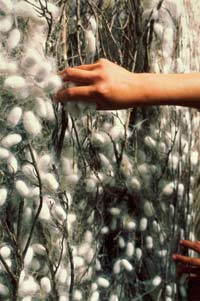 People have been able to domesticate a variety of other animals that provide numerous other functions for us. These include:

Some of the animals included in the previous list arguably aren't "domesticated" at all. Authorities in the subject, such as Jared Diamond, use a strict definition of domestication, which only includes animals whose genetic makeup has changed from their ancestors so to allow humans to manipulate their breeding and diet. We can still tame individual animals to do what we need them to do without altering their inheritable nature. For instance, even though Hannibal famously crossed the Alps on elephants, Diamond argues that elephants can only be called tamed because they never formed a whole new species through the domestication process.