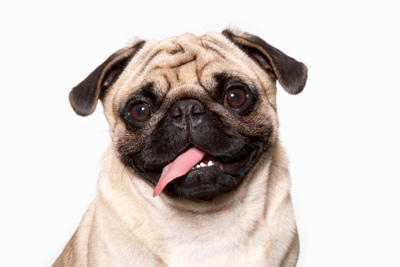 ­It may seem like a silly question to pet owners. Of course animals have personalities. Just take a trip to your neighborhood dog park, and you'll see those personalities in action: The miniature pinscher marches confidently into the middle of wrestling match among a pack of large dogs, while the mixed breed Labrador tentatively sticks to her owner's pant leg.

Pet owners are quick to attach personalities to their pets. But what do scientists say about this concept? Is it possible for animals to be irritable, adventurous, neurotic or even a mixture of these characteristics?

To determine whether animals have personalities, we first have to define what a personality is, which is surprisingly difficult. Definitions of personality range from general to precise. For example, personality could merely entail any collection of traits, or might necessitate the traits be "unique," "dynamic" and "enduring" [source: Cottam]. And some psychologists question whether personality is definable at all, judging from the inconsistency of traits in people [source: OUP]. Nevertheless, scientists must know what to look for when they try to decide if an animal has one or not.

Read on to learn how scientists empirically study this concept and what research shows about the extent to which the depth and consistency of an animal's personality can rival a human's.

In 2007, the FDA approved a chewable antidepressant for dogs developed by Eli Lilly, the company that makes Prozac. Reconcile, the dog friendly antidepressant, even has a beef flavor. Combined with therapy, the drug successfully treated a little more than 70 percent of depressed dogs [source: Booth].

Experts also say parrots suffer depression when they are left home alone. Romain Pizzi, a specialist in animal medicine, notes that parrots will actually harm themselves during bouts of depression and that liquid Prozac has helped to stop that behavior [source: Cleland]. 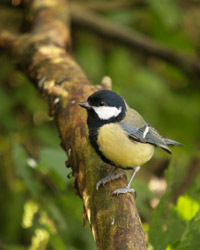 Studying personality in animals seems silly to some; indeed, scientists wishing to pursue the subject have had to overcome skepticism in the academic world [source: Dye]. Their attempts seem to be working, as the amount of research on animal personality has been steadily growing since the 1990s.

For instance, Dr. Samuel Gosling has been fighting to expand research in the area of animal personality and gained media attention for his research in dog personality. Because dogs cannot tell us about their feelings and behavior, Gosling compared how observers interpret personality in other humans and in dogs. In one test, observers unfamiliar with the people and the dogs judged them based on their behavior performing various activities. In the other test within the study, friends familiar with the people and the dogs assessed their personalities. The participants reported if they found the people and the dogs extroverted, agreeable, neurotic and open. Gosling found that these judgments were consistent for the humans and the dogs [Source: Gosling]. This and other methods have led Gosling and others to believe not only that we can study personality in animals, but that dogs do in fact have distinct personalities.

OK, so dogs probably possess personality, but what about other, less domesticated animals? After all, humans spend time with their dogs and deliberately manipulate dog breeding. Does Mother Nature allow personality to thrive in wild animals?

Scientists in the Netherlands studied a species of wild birds, called great tits, to find out. The studies incorporated both lab tests and observations of the birds in their natural habitat. Their studies found distinct and varied personalities among the species [source: Dingemanse]. Some birds showed aggressive or adventurous behavior, while others were shy and timid [source: Dingemanse]. The studies also found evidence that personality is genetically inherited [source: Dingemanse]. Controlling how the birds bred, the scientists were able to amplify certain characteristics. One scientist behind the studies reported that more than half of the differences in traits came from genetic inheritance [source: Zimmer]. Curiously, natural selection had not weeded out one personality or the other, but kept the birds significantly diverse.

Other studies have found personality traits in various other species, such as hyenas, ferrets, primates, spiders and even fish. As the research grows, the question might no longer be whether animals have personalities, but rather if there is any species that doesn't. However, skeptics question the reliability of using human personality terms on animals [source: Zimmer]. Does the idea of "shyness" mean the same thing when it's applied to a human as when it's applied to an animal?

In the end, these studies may have some practical benefits. On the next page, we'll discuss those benefits. 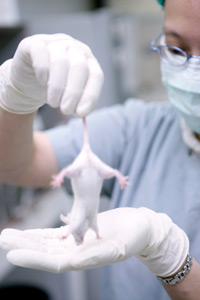 If animals have unique personalities, so what? These studies actually could have some interesting uses and implications.

For instance, Gosling hopes that his work on dogs will lead to some reliable methods for determining a dog's individual personality. If we can accurately assess a dog's personality, then people and families who are looking to buy or adopt a dog will be able to find one that matches their own tastes and temperaments. In addition, Gosling hopes perfected methods might help people predict which dogs will be best in working situations, such as search-and-rescue, detecting explosives or guiding.

To learn more about animal personality studies and to read some related HowStuffWorks articles on animals, investigate the links on the next page.

Want to get to know man's best friend better? Takara, a Japanese company, has invented a device that it claims interprets a dog's emotions. Known as the "Bowlingual," this gadget uses a microphone on the dog's collar to read his barks, growls or whimpers, and then sends a signal to a hand held console that displays what your dog is trying to say. The console shows simple phrases, such as "How boring" and "I'm arf-ully lonely. Please play with me more" [source: BBC News]. Takara developed this gadget by hiring animal behaviorists to study dog noises and translate them [source: TIME].

Chippy, Sniggy and Tiggy: Cutest Goblin Spiders Ever?
This Gorgeous New Sea Slug Species Needs a Name
Will a turkey really drown if it looks up during a rainstorm?