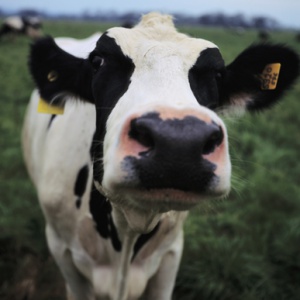 To the cattle industry, an outbreak of mad cow disease is an ever-looming nightmare. In the 1980s and '90s, the brain disorder infected 180,000 livestock in Europe and claimed dozens of human lives, devastating the British cattle industry. Britain, the United States and most other major cattle-producing nations have imposed stringent measures to control the disease, but another outbreak is a very real possibility.

In this article, we'll discuss what mad cow disease is, how it works, what the consequences for humans are and what is being done to control and prevent its occurrence.

What is Mad Cow Disease?

Mad cow disease, or bovine spongiform encephalopathy (BSE), is a fatal brain disorder that occurs in cattle and is caused by some unknown agent. In BSE, the unknown agent causes the cow's brain cells to die, forming sponge-like holes in the brain. The cow behaves strangely and eventually dies. The connection between BSE and humans was uncovered in Great Britain in the 1990s when several young people died of a human brain disorder, a new variation of a rare brain disorder called Creutzfeldt-Jakob Disease (CJD), which typically strikes elderly people. The new variation was called new variant Creutzfeldt-Jakob Disease (nvCJD), was similar to BSE and its connection to BSE was based on the following findings:

The British government concluded that BSE was probably the cause of nvCJD, and that the victims contracted the disease probably by eating meat from BSE-infected cows.

Mad cow disease is more correctly referred to as bovine spongiform encephalopathy, or BSE. In this article, we will use BSE to designate mad cow disease.

BSE is thought to have come from a similar disease in sheep called scrapie. In the 1980s, producers of cattle feed (which often included ground meat and bone meal by-products from sheep) changed the way they processed feed. The change somehow allowed the scrapie disease agent to survive the cattle feed production process. Thus, contaminated food was fed to cattle, which then came down with BSE.

At the time, neither scrapie nor BSE were thought to affect humans. So, meat (nervous tissue) from BSE-infected cows made it into the food supply. Humans who ate the infected meat (probably hamburger or other processed meats) contracted the BSE-causing agent and developed nvCJD.

BSE is spread by contact with brain or other nervous-system tissue from an infected individual. Contact can be from eating food or food by-products that have been contaminated with nervous tissue, or from instruments that have contacted diseased nervous tissue. Once the infectious agent enters the brain, it can lie dormant for several years (even as long as 10 to 15 years). When activated, the agent kills brain cells, leaving large areas of spongy holes. Also, large clumps of abnormal prion proteins (plaques) are found in brain cells. Once the agent is activated, the disease runs its course in less than one year, and ultimately results in death.

We don't know the agent that causes BSE, but we do know the following:

Research into BSE and similar diseases (nvCJD, CJD, scrapie) have provided three theories about the agent that causes BSE. These theories lead us to believe that it is:

Click "Play" to see how mad cow disease gets started.

Prions are proteins that are found in the nerve cells of all mammals. Numerous prions are in each nerve cell, but no one knows for sure what the prion protein does. As mentioned above, many abnormally-shaped prions are found in the brains of BSE-infected cows and humans afflicted with nvCJD or CJD. So, the prion hypothesis goes like this:

Further research in this area may eventually reveal the nature of the BSE-causing agent.

In 1988, the UK government banned using any ruminant (cattle, sheep, goats) or ruminant by-products in animal feed. Later, they banned exports of cattle to other countries. They have destroyed BSE-infected cattle and monitored herds for signs of BSE. In addition, the medical community has monitored the general population and reported any cases of nvCJD. These steps have contributed to a steady decline in BSE since 1992.

The U.S. government has instituted the following policies regarding BSE:

For more information on BSE and related topics, see the links on the next page.

Lonesome George Lived to Be 100 Years Old. Genome Sequencing Is Figuring Out How
Is It Illegal to Drive With a Dog in Your Lap?
Do feral cats spread disease?