See pictures of the Gulf oil spill from above in our aerial view photos. 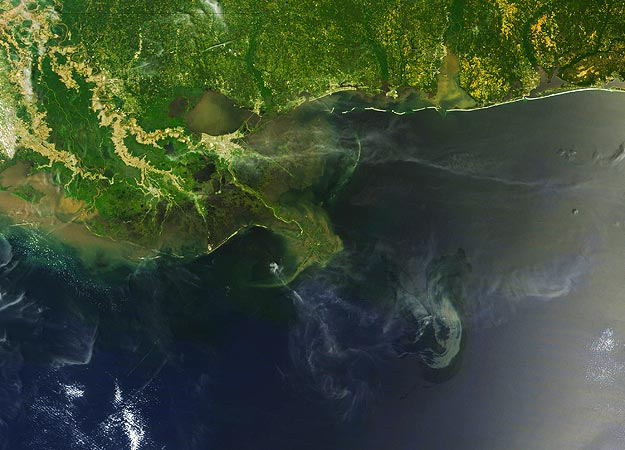 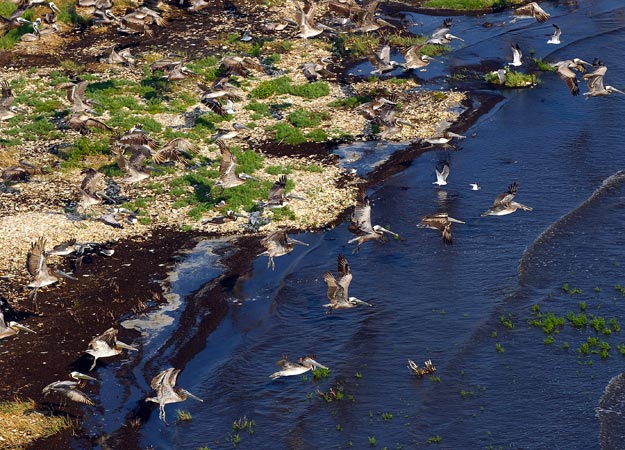 Pelicans take flight near an oil covered shoreline on May 26, 2010 near Brush Island, Louisiana. While BP is using a variety of methods to stop the leak as well as collect oil, the Louisiana coastline is reeling from the effects of the continued gusher. 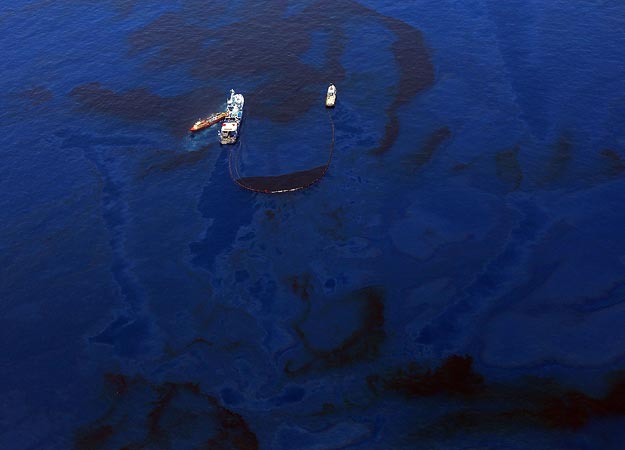 Crews on ships work on skimming and collecting oil near the source site of the Deepwater Horizon disaster May 29, 2010 in the Gulf of Mexico near Venice, Louisiana. BP has undergone a series of methods to contain the leak. 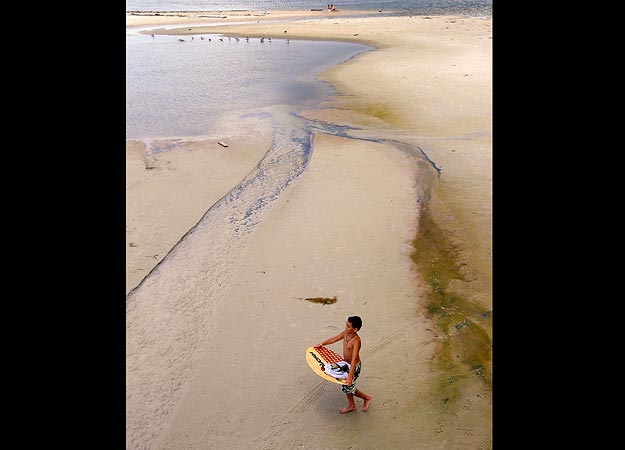 Streaks left by oil that retreated during low tide are visible on a public beach on June 2, 2010 on Dauphin Island, Alabama. Oil related to the Deepwater Horizon accident began to appear in the beginning of June on the shores of Alabama. 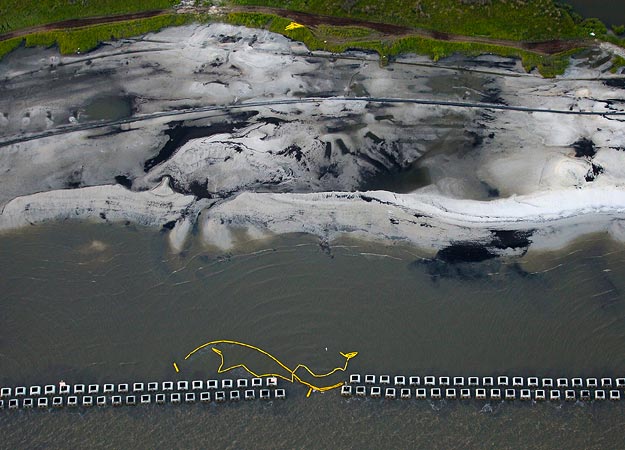 Oil streaks the shoreline of Petit Bois Island, Mississippi June 2, 2010. Dauphin Island, Alabama, another area affected by the oil spill is about five miles west of Petit Bois. Oil was found on both islands in the beginning of June. 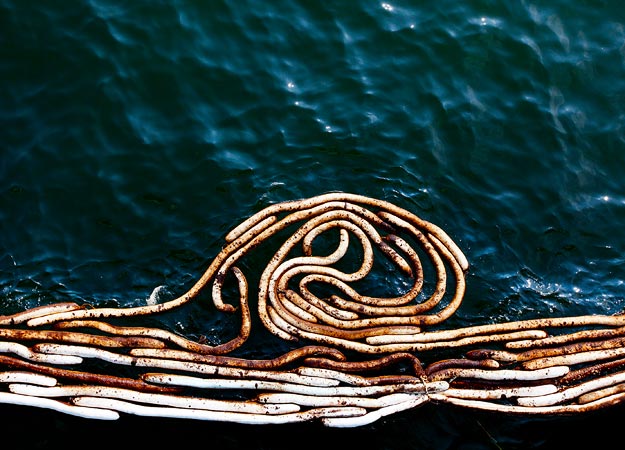 Oil soaked boom is seen near the base of a fishing pier on June 14, 2010 in Gulf Shores, Alabama. U.S. government scientists have estimated that the flow rate of oil gushing out of the ruptured Deepwater Horizon oil well in Gulf of Mexico may be as high 60,000 barrels per day. 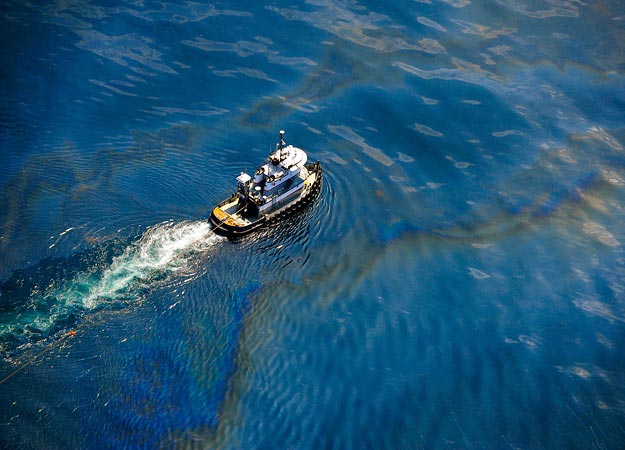 In this May 6, 2010 aerial image released by the U.S. Navy, a boat moves through oily water at the site of the Deepwater Horizon oil spill in the Gulf of Mexico off the coast of Louisiana. 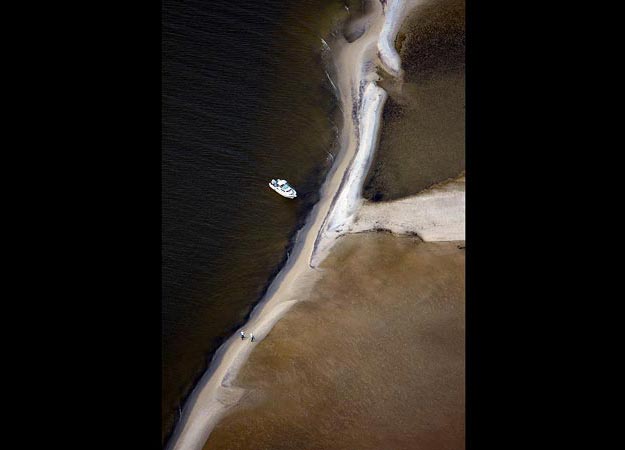 A boat anchors at an island impacted by oil June 2, 2010 near Dauphin Island, Alabama. The island is 14 miles long and an estimated 1,300 residents live permanently on Dauphin Island. 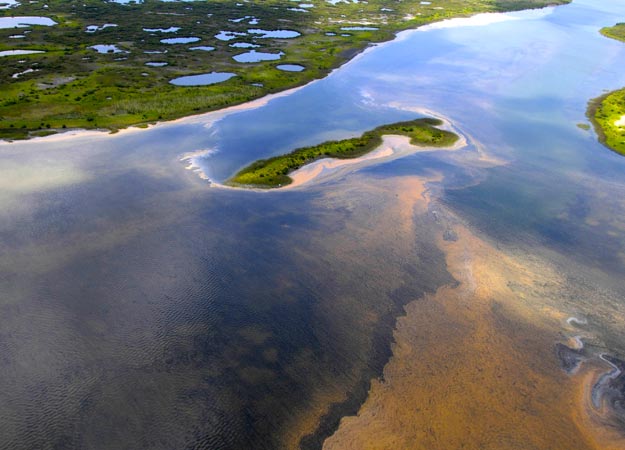 In this May 6, 2010 photo, an aerial view of the northern Chandeleur barrier islands shows a sheen of oil reaching land in the Gulf of Mexico. The islands rest 20 miles from the main Louisiana coastline. 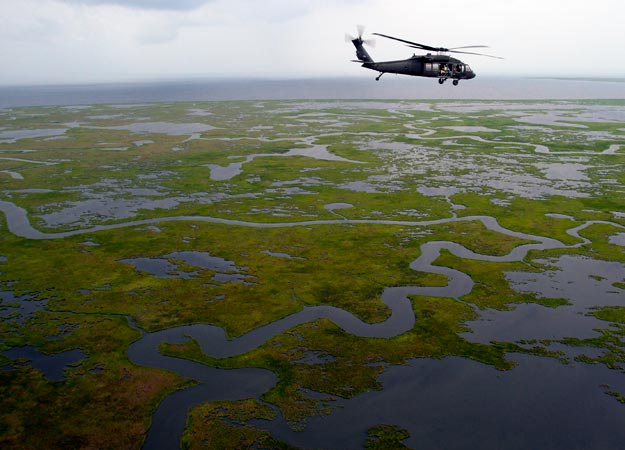 A Black Hawk helicopter carrying Louisiana Gov. Bobby Jindal flies over wetlands during a tour to a man-made sand berm near the Chandeleur Islands, located on the coast of Louisiana on Wednesday, June 23, 2010. Jindal is pressuring federal authorities to allow the dredging project to resume in an area that federal authorities say is environmentally sensitive.