See pictures of the Gulf oil spill including the marshes and land near the oil spill. 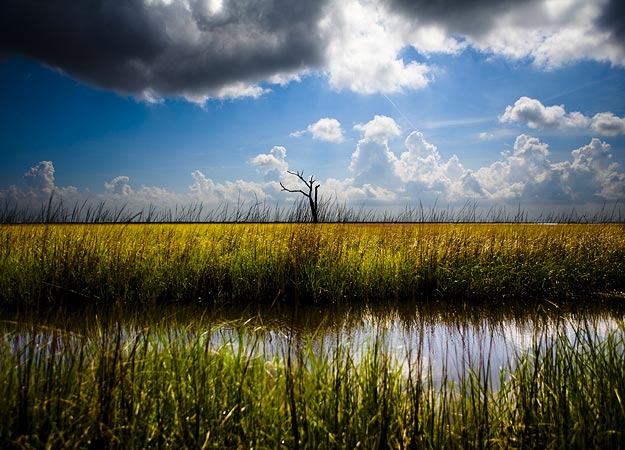 A lone tree sits in swampland near the area affected by the Deepwater Horizon disaster and the British Petroleum oil spill off the Gulf Coast on June 11, 2010 in Grand Isle, Louisiana. 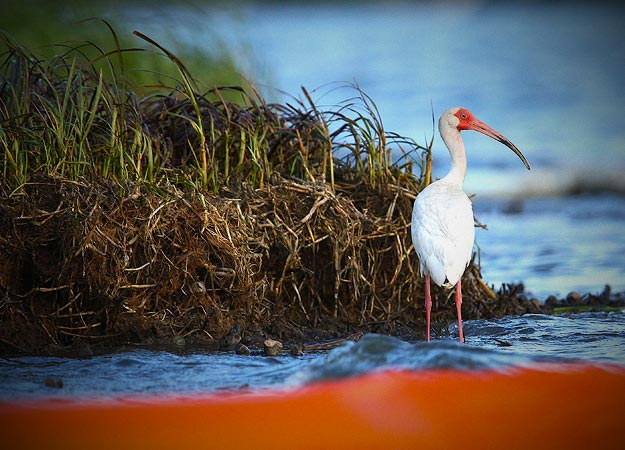 Behind a protective orange boom, an ibis stands in the water on an oil-covered marsh on May 27, 2010 in Grand Isle, Louisiana. BP's operation "top kill" was deemed unsuccessful in early June. 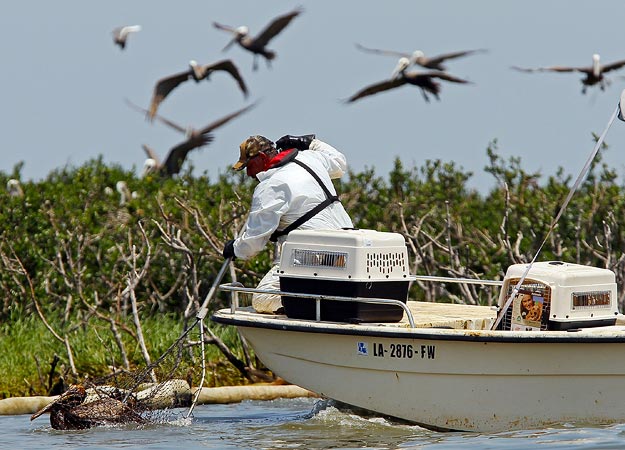 A bird rescue team captures an oiled pelican for cleaning on Cat Island in Barataria Bay June 6, 2010 near Grand Isle, Louisiana. BP successfully stopped the leak on July 15, 2010 through a containment cap that has three different valves. 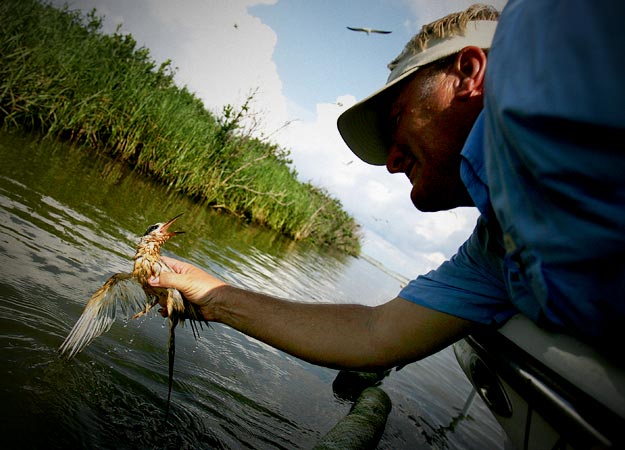 Plaquemines Parish Coastal Zone Management Director P. J. Hahn holds up an oil-stained sandwich tern in Long Bay on June 19, 2010 in Port Sulpher, Louisiana. The bird was reported and delivered to the Louisiana Department of Wildlife and Fisheries for rehabilitation. 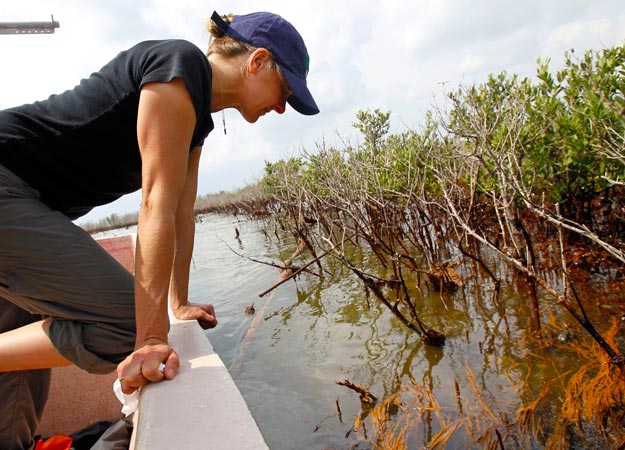 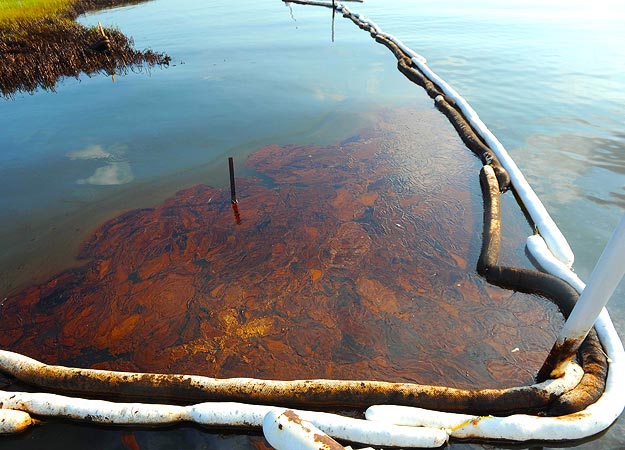 Oil pools in between booms in Barataria Bay on June 19, 2010 near Grand Isle, Louisiana. The BP oil spill has been called one of the largest environmental disasters in American history. 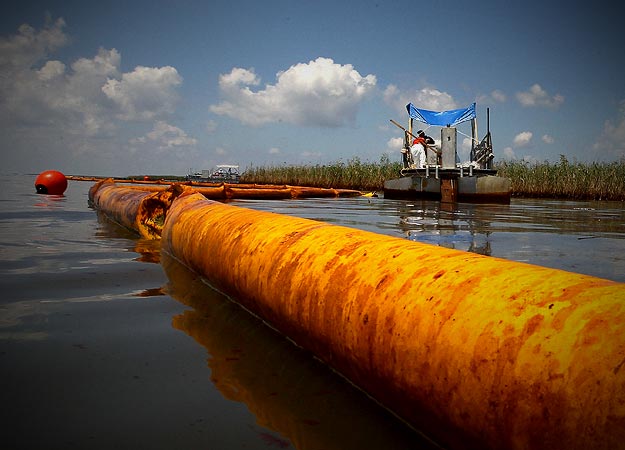 A boom floats in the water as contract workers from BP use skimmers to clean oil from a marsh near Pass a Loutre on June 1, 2010 in Venice, Louisiana. Earlier in the day, U.S. President Barack Obama called the Deepwater Horizon accident the "greatest environmental disaster of its kind in our history." 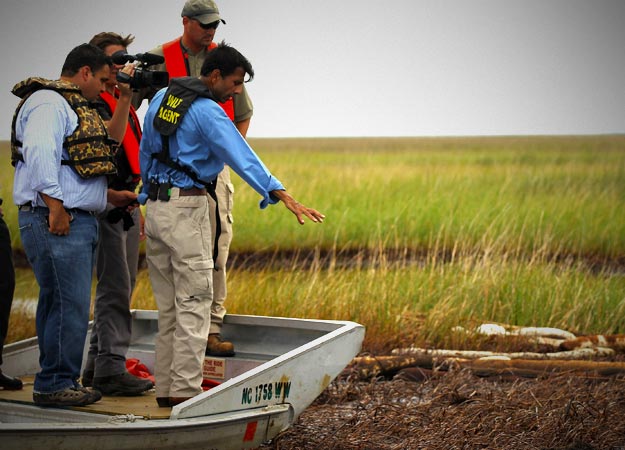 Louisiana Governor Bobby Jindal (R) tours Bay Jimmy on June 15, 2010, which is heavily damaged by oil near Grand Isle, Louisiana. U.S. government scientists have estimated that the flow rate of oil gushing out of a ruptured Gulf of Mexico oil well was as high 60,000 barrels per day. President Barack Obama announced his commitment to a long-term Gulf Coat Restoration Plan on his June 15th Oval Office speech. 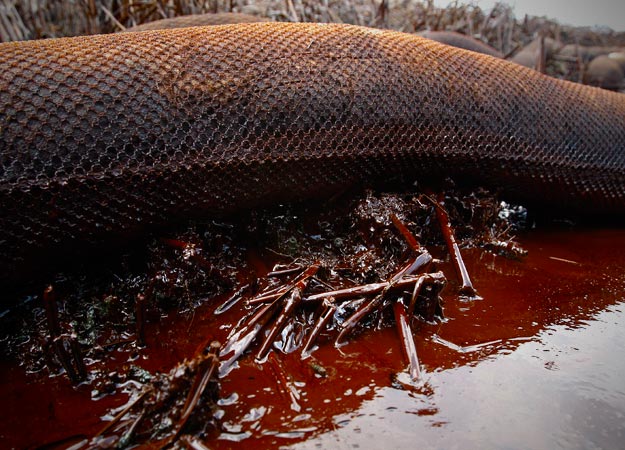 Oiled marsh grass is seen underneath absorbent booms in Barataria Bay on the coast of Louisiana, Sunday, June 20, 2010. 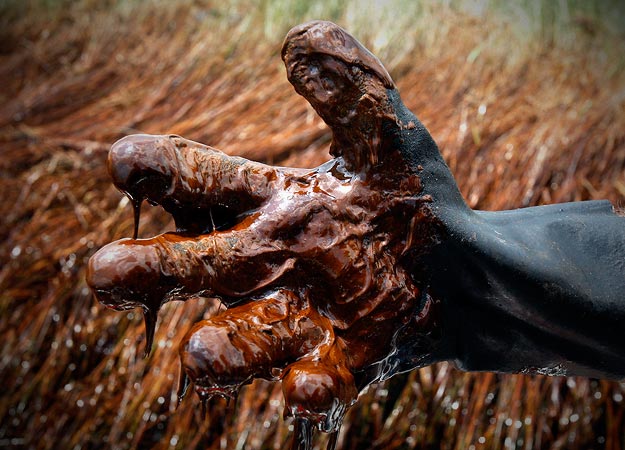 Air-boat pilot Michael Fabian displays oil on a glove near oiled marsh grass in Barataria Bay on the coast of Louisiana, Sunday, June 20, 2010.