Pets Satisfy Kids More Than Their Siblings Do, Study Suggests

Browse the article Pets Satisfy Kids More Than Their Siblings Do, Study Suggests 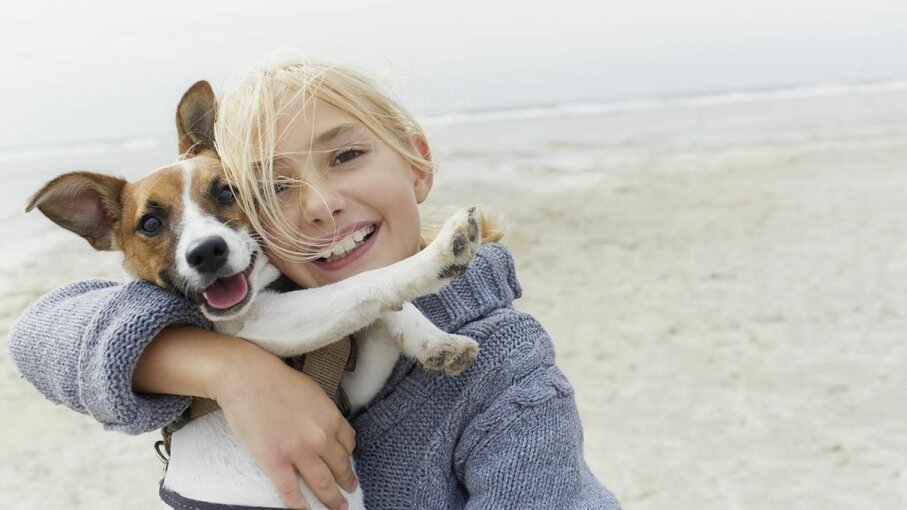 A new study underlines the impact of a child's relationship with a pet. Oliver Rossi/Getty Images

A movie that kills off a child's entire family? Just a bummer. But kill off their pet? Psyche of viewer permanently ruined.

It's kind of a cheap trick, but in some movies, the kid's dog dies at the end. It doesn't have to be a dog — maybe it's a pet fawn. Regardless of whether this plot device bludgeons you over the head with symbolism regarding the passage into adulthood or the meaning of redemption, it reliably reduces 95 percent of viewers into quivering human husks with waterlogged faces.

Why this disconnect? Maybe it has something to do with our memories of our own childhood pets. No dog you'll ever live with will be quite as awesome as the one you had when you were a child. And new research published in the Journal of Applied Developmental Psychology finds that kids actually get more satisfaction from their relationships with their pets than they do from their siblings.

''Anyone who has loved a childhood pet knows that we turn to them for companionship and disclosure, just like relationships between people," says lead author Matt Cassells, a Gates Cambridge Scholar at the University of Cambridge's psychiatry department, in a press release. "We wanted to know how strong these relationships are with pets relative to other close family ties. Ultimately this may enable us to understand how animals contribute to healthy child development."

Pets can offer a non-judgmental sounding board for kids.
sarahwolfephotography/Getty Images

''Even though pets may not fully understand or respond verbally, the level of disclosure to pets was no less than to siblings," says Cassels. "The fact that pets cannot understand or talk back may even be a benefit as it means they are completely non-judgmental."

And while previous research has suggested boys get more out of their relationships with pets than girls, the study found this not to be the case. Although boys and girls reported similar levels of satisfaction with their pets, girls engaged in more companionship, disclosure and conflict with them, suggesting they relate to their pets in a more nuanced way than boys do.

"Evidence continues to grow showing that pets have positive benefits on human health and community cohesion," says co-author Dr. Nancy Gee, a human-animal interaction researcher at the WALTHAM pet-nutrition center, who helped fund the research, in the press release. "The social support that adolescents receive from pets may well support psychological well-being later in life but there is still more to learn about the long term impact of pets on children's development."

Now That's Useful
Want to avoid a movie where a pet dies? Doesthedogdie.com will give you a straight answer with very few other spoilers.