Seasonal changes affect us all differently. Winter might make you more prone to depression or binge-watching, but chances are it doesn't actually shrink your brain. The same can't be said for common shrews (Sorex araneus).

That's right, according to an October 2017 study published in Current Biology, the shrew's skull may shrink by up to 20 percent in anticipation of winter. Researchers from Max Planck Institute for Ornithology investigated the so-called "Dehnel phenomenon" to see if observations of skull-shrunk shrews held up to scientific scrutiny — or shrewtiny, if you will.

Because sure, while past studies pointed to a loss in cranial mass, skeptics wondered if this wasn't due to larger shrews dying out in the winter. Past studies were based largely on general observations, while this latest study actually followed a dozen individual shrews across three seasons and measured their tiny heads.

The researchers used live traps to capture specimens during the summer of 2014 through the fall of 2015. Each captured shrew received a cranial X-ray and a subdermal microchip for tracking purposes.

While the researchers expected large shrew mortality to be a major factor in the phenomenon, their study revealed that common shrews do in fact exhibit a winter decline in cranium size and a rebound in the spring.

The shrews in the study also exhibited a loss and rebound in body mass across several major organs, a decrease in spine length and a mass decrease in the brain itself of between 20 and 30 percent.

Researcher Javier Lazaro stresses that more research is needed to see exactly how this amazing shrinking of shrew works — and what effect it might have on the animal's cognition. But the adaptation seems largely geared at surviving the winter without the aid of hibernation, migration or, of course, Netflix.

Now That's Tiny
The pygmy shrew is the smallest mammal in North America and can easily fit in the palm of a child's hand. 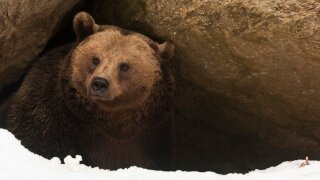 Hibernation: Not a Snooze 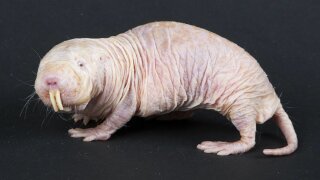 Naked Mole Rats Survive Without Oxygen by Turning Into Plants 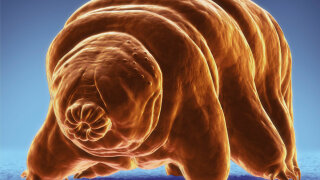