Your Dog or Cat Can Have Depression, Too

by Alia Hoyt Jul 6, 2016
When it comes to mental health issues, domestic pets like cats and dogs aren't as different from us as we once thought. Tetra Images/Getty Images

When Sara Palmer's Yorkie Kingston suddenly stopped eating or drinking, she feared a serious medical condition. Although relieved when he was cleared of anything immediately life-threatening, a diagnosis of doggie depression threw her for a loop. Her family had recently moved to another state and welcomed their first child, and the poor pooch was simply unequipped to communicate or handle the stress fallout. "He was given an IV and meds to take for a while," she recalls. "He got better but still acts strange when he knows we're going on a trip."

When it comes to mental health issues, domestic pets like cats and dogs aren't as different from us as we once thought. "We have recognized many different types of mental illness in pet animals," explains Dr. Franklin D. McMillan, a veterinarian and director of well-being studies at Best Friends Animal Society in an email interview. "The parallels between human and animal mental illnesses have been demonstrated by several types of evidence, such as similarities in behavior, physiological measures, brain scans, and response to medications."

He adds that the most commonly seen mental illnesses in pets include phobias, compulsive disorders (like constant tail-licking), post-traumatic stress, depression and separation anxiety.

Some mental-health triggers are unavoidable — reaction to noise from thunderstorms or fireworks — or due to life changes, such as a move or the addition of a new baby. Other triggers are the result of abuse, excessive loneliness, neglect or poor living conditions. Still others are head-scratchers.

"Some of the mental illnesses we see in pet animals can occur for no identifiable reason," McMillan says. "We know that genetics plays a role in certain psychological conditions. For example, studies have shown that fear of humans can be increased in dogs through selective breeding."

Certain breeds have a predisposition to mental health problems, although it's hardly set in stone. McMillan notes that some compulsive behaviors are seen more often in Dobermans (flank-sucking) and bull terriers (spinning and tail-chasing) than in the general population of dogs. But the reasons for this are a mystery.

"Overall, any dog can be at risk for developing these types of mental disorders. However, when an animal's environment is far removed from that which they were bred [for], such as herding or working breeds in dogs or wild animals living in captivity, the chance for acquired mental disease is far greater," emails Dr. Richard Goldstein, a veterinarian with Animal Medical Center in New York City.

Diagnosing a nonverbal furry friend's mental illness is challenging. Lynn Frye discovered this the hard way when her once-spunky golden retriever died following months of treatment for depression (suspected because she started vomiting intermittently during and after a home move).

However, the true problem was a towel, left inside the pup when she was spayed, that eventually blocked her intestines. "I warn others not to take [a depression diagnosis] at face value, especially if their dog has recently had surgery," Frye says. "It didn't feel right at the time and I'll always wonder if I could have done more. When she was officially diagnosed with the blockage and died, my immediate thoughts went back to how she was so sick shortly after [the surgery] and they said she was depressed. It made me sick to think that had I pushed for a different diagnosis we might have caught it."

Although Frye's case is pretty rare, it highlights the difficulties with pet diagnoses. "Because we can't ask pets what they are thinking or feeling, the only clues we have to determine whether a pet's mental status is good is by assessing their behavior," says Dr. Jessica Vogelsang, a veterinarian with Pawcurious, a pet-centered website. Some of the hallmarks of canine depression, she says, include decreased appetite, acting disoriented or lost at home, a sudden onset of aggression, lack of interest in exercise, sleeping more than normal and regression in housetraining.

But just because your pup is exhibiting these signs doesn't mean it is depressed. "The first step is to visit the veterinarian and make sure there isn't a medical condition that is causing the change in behavior," Vogelsang says. "You'd be astounded at the number of 'depressed' older dogs who were actually arthritic, and pepped up with proper pain management."

If your pet has been given a medical all-clear and is still having behavioral issues, then behavioral modification, medication or a combination of both might be the solution. Some of the prescription labels might even sound familiar. "Most medications are similar to those used to treat humans with parallel disorders," Dr. Goldstein says. For instance, the antidepressant Prozac has been used to treat people, dogs and cats — the pet version just has a different name.

Now That's Crazy
Fluffy the cat could be giving you more than sweet kitty snuggles, if a recent study is correct, which claims a link between a Toxoplasma gondii (a common parasite carried by cats) and schizophrenia later in life for owners.

Why Internet Cat Videos Could Be a Dictator's Ultimate Pacification Tool 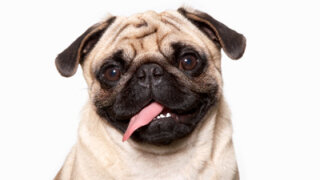 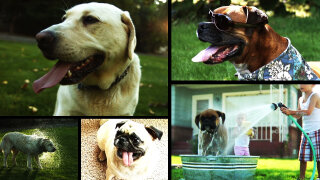 Fw:Thinking: Robot Pets of the Future

Why Are Pets Disappearing From Pet Stores?