Cher Ami and the Lost Battalion 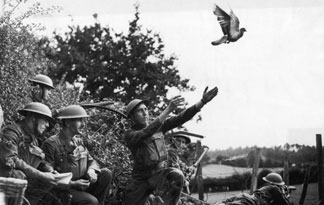