by Colleen Cancio
Prev NEXT
10 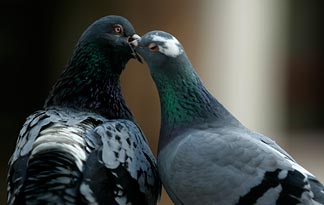 Pigeon papas are not rolling stones. They mate for life and help feed their babies.
©iStockphoto.com/Thinkstock

"Papa was a rolling stone" may be true of many bird species, but not pigeons. These birds tend to mate for life, which means that it's very unusual for a male and female to separate once they've formed a bond. And that's not all -- a male pigeon also contributes to nest-building and incubating eggs. In addition, he defends his family against intruders or anything that threatens their well-being.

Male pigeons also help feed their young. These proud papas actually produce a type of milk called crop milk for their offspring. It's a highly nutritious fluid produced in their crop (a throat pouch where food is stored). So while most male birds fly the coop after mating, pigeons stick around and take good care of their families. 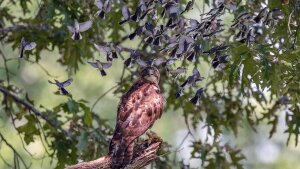