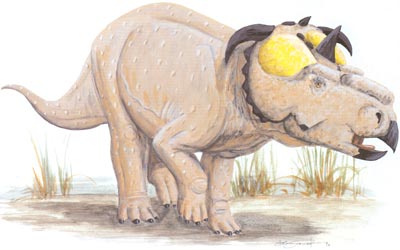 The rest of the skull of Pachyrhinosaurus looked very much like that of other centrosaurine ceratopsians such as Centrosaurus, Monoclonius, and Styracosaurus. Like them, Pachyrhinosaurus had a short frill, a deep face, and a short beak. Pachyrhinosaurus was also closely related to Brachyceratops and Avaceratops.