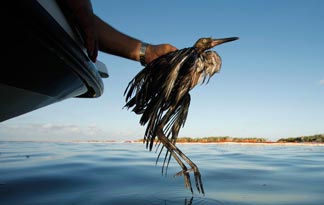 On April 20, 2010, the Deepwater Horizon offshore drilling rig exploded and began spilling oil into the Gulf of Mexico at an alarming rate, polluting the habitat of hundreds of species. More than 1,500 affected birds, sea turtles and other mammals had been collected as of late June, according to Deepwater Horizon Response. Although this number may seem relatively low considering the circumstances, most experts agree many more wildlife animals have perished or are injured and waiting to be rescued. David Mizejewski, a naturalist with the National Wildlife Federation (NWF), believes we've only just begun to see the effects the oil will have for the animals that call the Gulf home or migrate there each year.

People across the United States are understandably angry, frustrated and sad at the toll this disaster is taking on the nation's wildlife and fragile wetland ecosystem. Although the Gulf borders only a few of the country's Southern states, what's happening there is a national tragedy, and the effects will be felt from the Louisiana shores all the way to the Arctic Circle for years to come. So, how can you help? There is still a lot of confusion surrounding the best way to help affected wildlife, but we've found five things you can do to make a difference regardless of where you live. 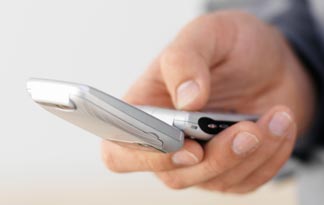 One of the biggest ways you can make an impact right now is by donating money. Although British Petroleum (BP) has pledged to fund all clean-up and rescue efforts, reputable wildlife rescue organizations that are on the front lines could still use help in the form of monetary donations. Organizations like the National Wildlife Federation (NWF) will put your donation toward the long-term rescue of oiled animals, restoration of the wetlands and education in coastal communities to help with spotting and reporting oiled wildlife.

Tri-State Bird Rescue & Research is currently heading the charge in cleaning and rehabilitating oiled animals. Your donation to this group would go toward training and allow them to maintain a fast response to oil spills. Most organizations aren't currently accepting supplies, but Matter of Trust has taken donations of human and pet hair to create booms and mats that help absorb oil. Although the group isn't currently taking new donations, you can sign up to get notified when it begins again.

Interested in donating to wildlife relief efforts? You can text WILDLIFE to 20222 to donate $10 to the NWF, or visit one of the links below to help fund the cause in a different way. 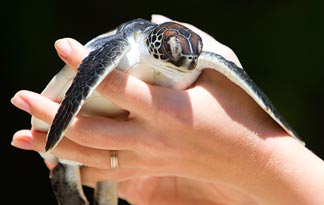 Since the majority of the general population cannot help rescue and rehabilitate oiled animals directly, the next best thing might be a symbolic adoption of a sea turtle, brown pelican or member of another species. For example, a $20 adoption fee to the NWF will make you the surrogate parent to a sea turtle and the funds will go toward protecting and sustaining fragile sea turtle hatcheries.

Brown pelicans have become the poster child for the plight of all wildlife trying to survive in oiled waters and marshes. To adopt one of Louisiana's state birds, Tri-State Bird Rescue & Research offers a $100 adoption package that includes a certificate, photos, plush bird and more. Your adoption fee will ensure continued aid for the brown pelican and many other wild birds. 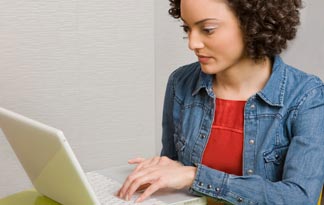 Something we can all do that doesn't cost money is speak out about the tragedy that continues to play out in the Gulf. If you use Twitter, you can follow organizations like the NWF, re-tweet posts about the oil spill and use the hash tag #oilspill. Post photos, news reports and videos on Facebook and ask your friends to re-post them. The more that people spread the word, the more pressure is put on BP officials and other leaders to do the right thing in saving and protecting our wildlife.

In addition to social networking, you can write to your senator and state representatives to express your desire for clean energy legislation, voice your opinion about offshore drilling and let them know how you feel about the government's response to this crisis.

2. Support the Efforts of Others 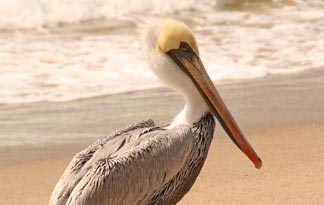 From young entrepreneurs setting up lemonade stands to people like 11-year-old Olivia Bouler in Islip, New York -- who saw reports about oiled pelicans and began selling her original paintings of birds to help support the Audubon Society -- the first place to look for opportunities to contribute are right in your own backyard. Beyond community efforts, there are a few companies who are donating proceeds of purchases to help Gulf wildlife, and it's relatively easy to support these companies in their endeavors.

- Have an iPhone or iPod touch? Download the "WhosHere" application and 75 percent of your purchase goes to the Gulf Coast Oil Spill fund. Singer Sophie B. Hawkins has also gotten involved and is donating 100 percent of the proceeds from the purchase of her song "The Land, The Sea and The Sky" to Waterkeeper Alliance, an advocacy group that helps to the world's waterways from pollution.

- Are you addicted to Facebook games? CrowdStar, the maker of popular games like Zoo Paradise, has teamed up with the NWF to help raise money for wildlife. When you purchase special edition items in any CrowdStar game, the company will donate the proceeds to the NWF. 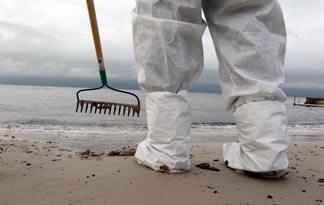 Unless you're a trained wildlife professional, it will be nearly impossible to assist directly in the recovery and rehabilitation of oiled animals, but this doesn't mean there aren't other opportunities to get active in the cause. Many rescue organizations need help with administrative duties and other essential tasks. Currently, all clean-up and rescue operations are being overseen by a Unified Command Center comprised of BP, Transocean, the National Oceanic and Atmospheric Administration (NOAA), the U.S. Fish and Wildlife Service and 12 other government agencies. Interested volunteers must submit a form at the state level using one of the links below.

In addition, the NWF is working to establish Gulf Coast Surveillance Teams, comprised of volunteers who are trained by the NWF to scout the coastline and marshes for oiled animals and report findings back to rescue groups. Mizejewski says, "every single animal counts," and with so many endangered species inhabiting the Gulf, it's even more important to support rescue and rehabilitation efforts to save and protect the region's wildlife.