An Ocean of Plastic...In Birds' Guts

Check out these amazing pictures of the Ocean Gyre Albatross! 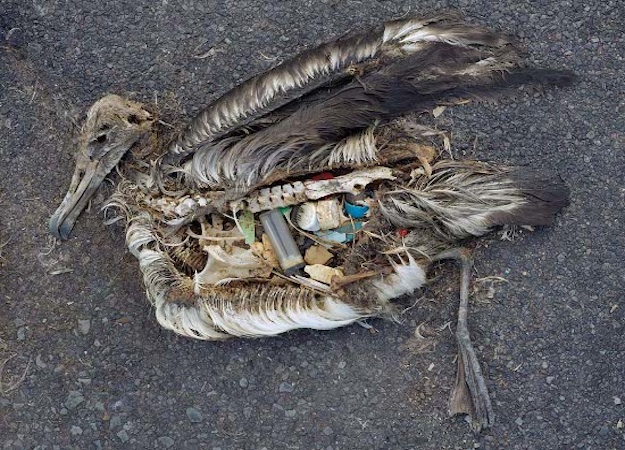 Message from the Gyre By David DeFranza Chris Jordan's work attempts to place the impact of consumerism in perspective. For his latest project he traveled to the Midway Islands, near the heart of the Pacific Trash Gyre, to photograph the decomposed bodies of chicks that have been fed plastic litter by confused parents. Credit: Chris Jordan www.chrisjordan.com 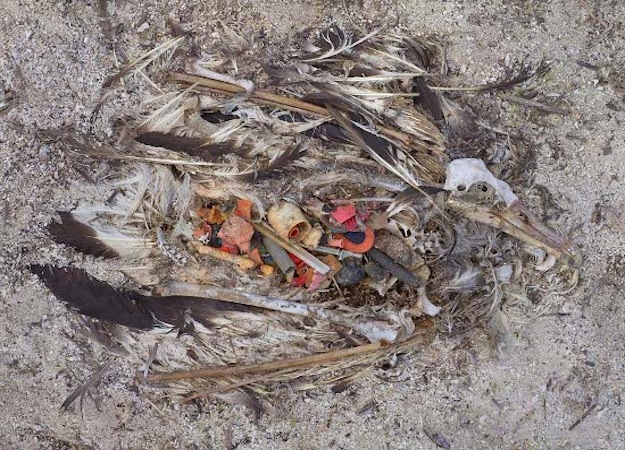 What is a Gyre? A gyre is a round shape formed by concentric circles. This makes it a bit easier to visualize the mass of trash, estimated to be twice the size of Texas, swirling in the Northern Pacific. 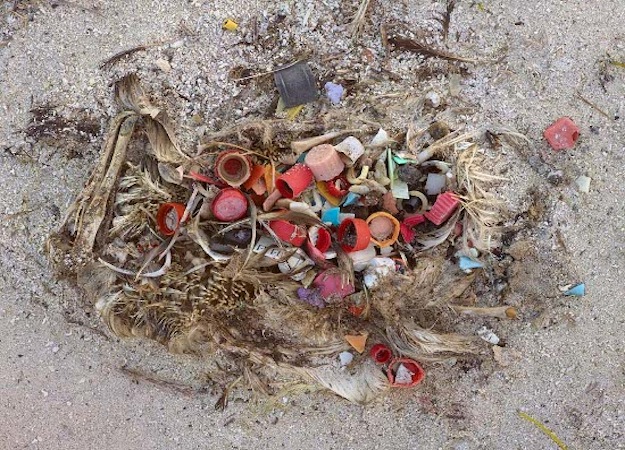 Creating the Images In creating these images, Photographer Chris Jordan explains that he did not move a single piece of plastic. Photos of the chicks document the actual stomach contents of birds living in "one of the world's most remote marine sanctuaries, more than 2000 miles from the nearest continent." 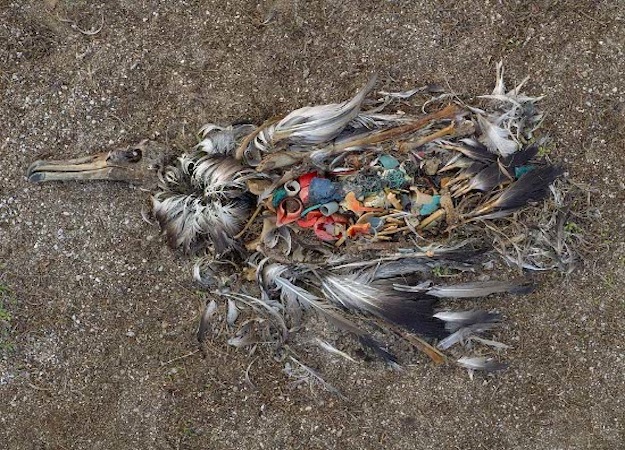 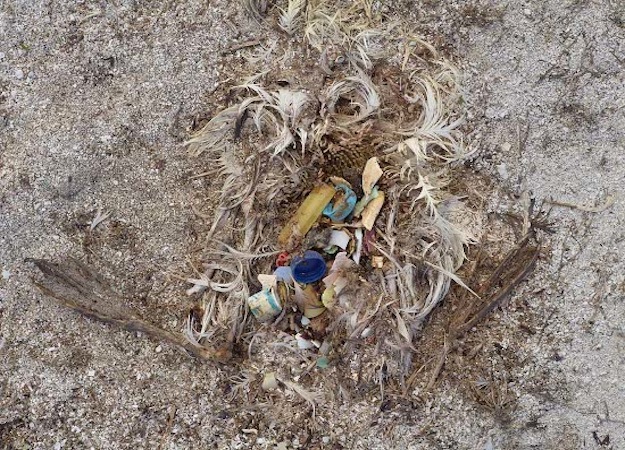 Giant Birds Albatross are among the largest birds in the world. An adult can weigh up to 25 pounds and have a wingspan as large as 11 feet. 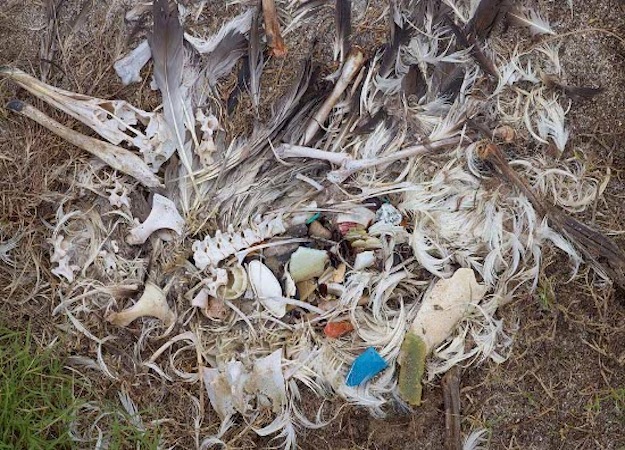 Wandering Albatross A parent might travel as far as 6,250 miles to find food for its chick. 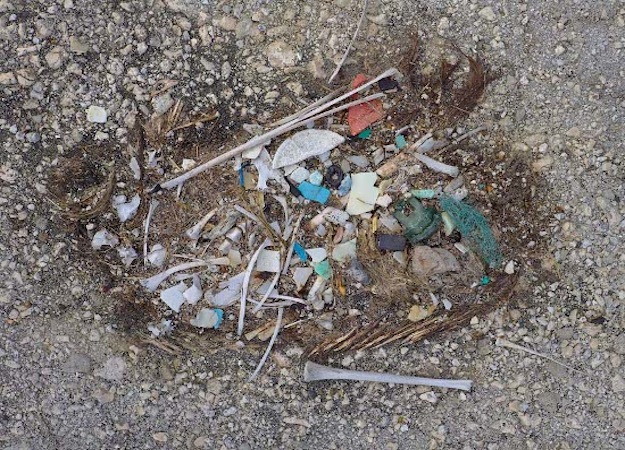 Around the World in 46 Days Since the 1960's, when albatross were first marked and tracked, scientists have noted many circumnavigations. The fastest ever recorded was a grey-headed albatross' trip around the world in only 46 days. 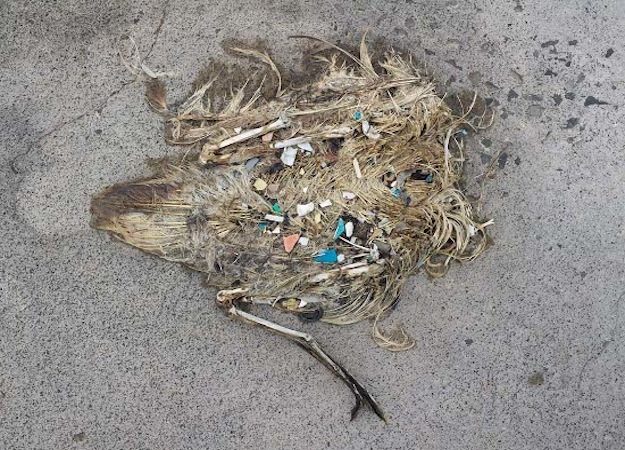 Built to Soar Clearly, the albatross was built for flying. In fact, it actually takes an albatross less energy to soar above the ocean than it does to sit on a nest. 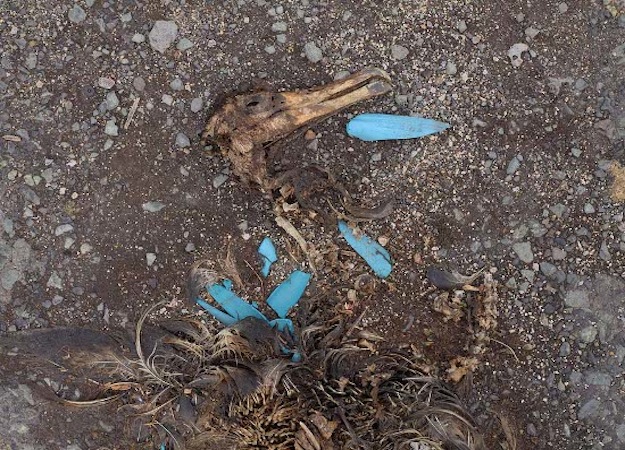 Dynamic Soaring Albatross vary their speed by angling their wings towards and away from the waves, riding wind currents by what's called "dynamic soaring." 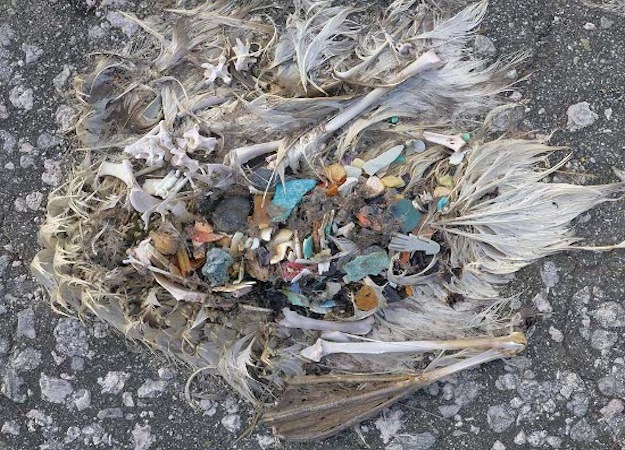 Graceful Gliders The albatross has long narrow wings, allowing it to glide for thousands of miles without flapping. 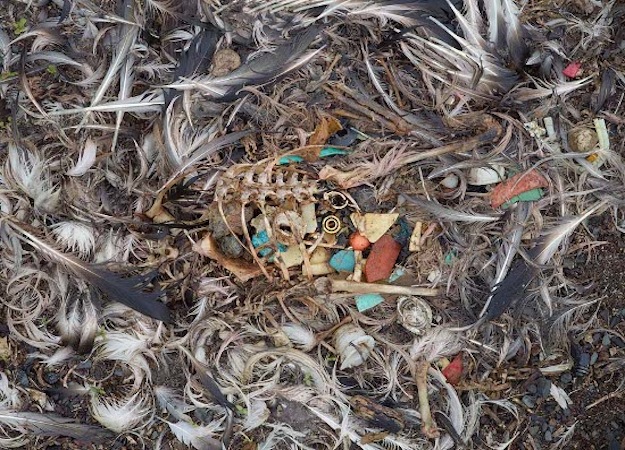 Adept Dancers Albatross are famous fliers, but they are great dancers too. The rituals are part of the mating process and form what some researchers refer to as the "albatross language." 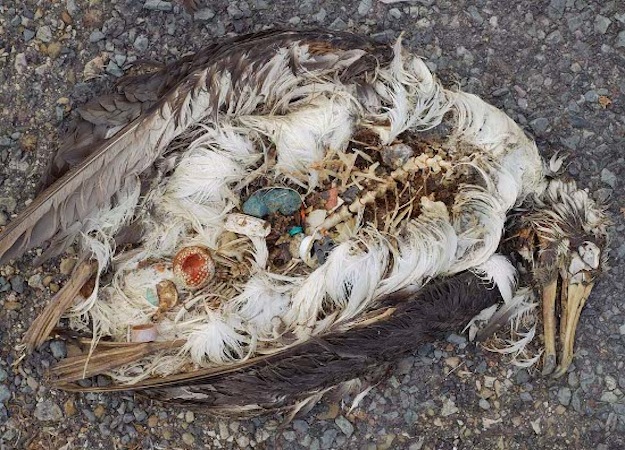 A Life Spent at Sea An albatross will spend most of its life at sea, only returning to land to mate. Young adults typically leave the land and spend between five and 10 years at sea until they reach sexual maturity. 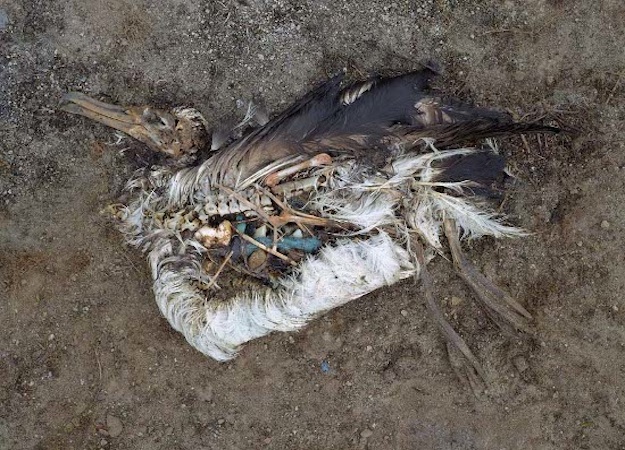 Mating for Life Once they reach maturity, an albatross will return to land during every mating period. They mate for life and if one's partner dies, it can take years to find another, if they do at all. 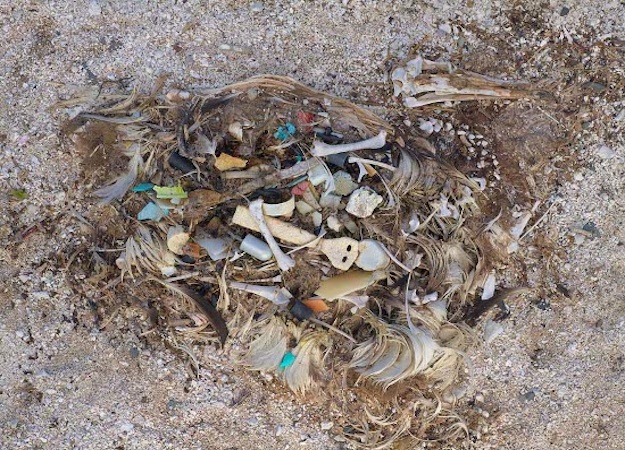 Low Mating Frequency Albatross also have a very low mating frequency. A female bird typically lays one egg per year and some birds mate only every other year. This makes the loss of a chick especially tragic. 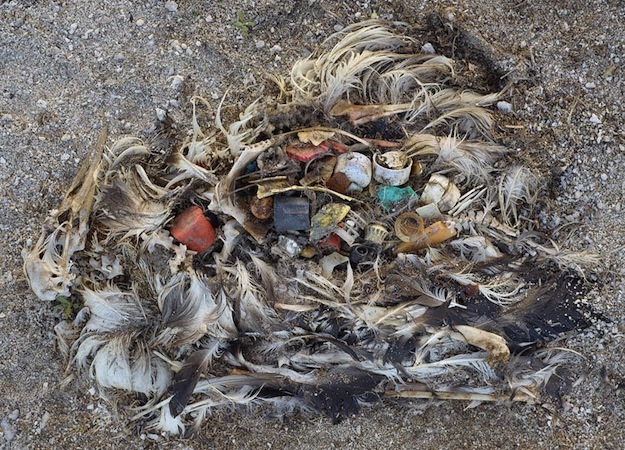 A Sailor's Companion Though they typically hunt squid or schools of fish near the ocean's surface, albatross will sometimes follow ships and eat from the scraps left in the wake. 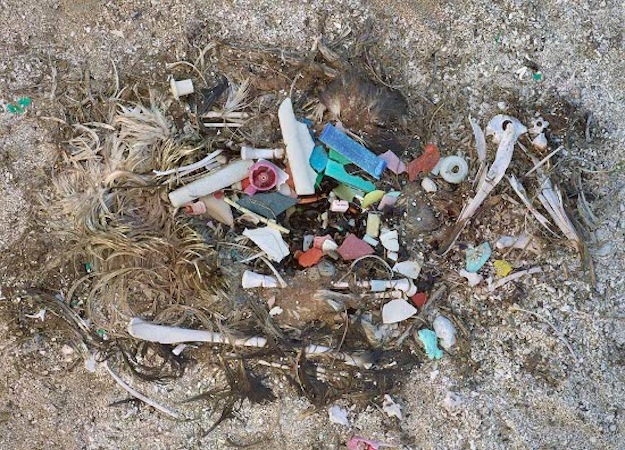 Enshrined in Literature An albatross plays an important symbolic role in Samuel Taylor Coleridge's ballad, The Rime of the Ancient Mariner. In the poem, an albatross begins to lead a lost ship to safety, until it is shot by a crew member. The crew pays for the Mariner's mistake, and he must serve a heavy penance in exchange. 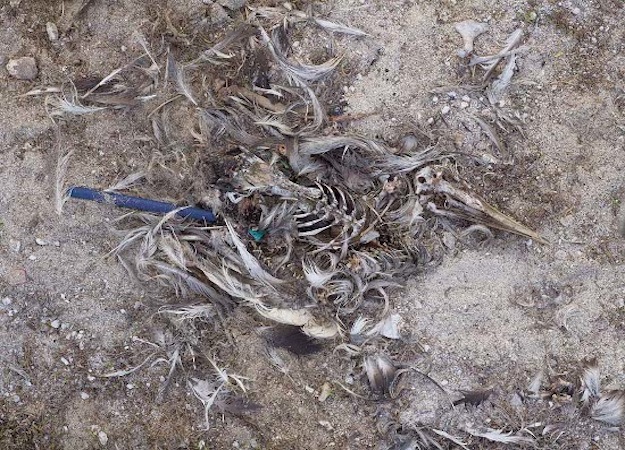 A Cautionary Tale It's not the same as shooting down a sign of good fortune but our plastic consumption habits are killing these majestic birds all the same. 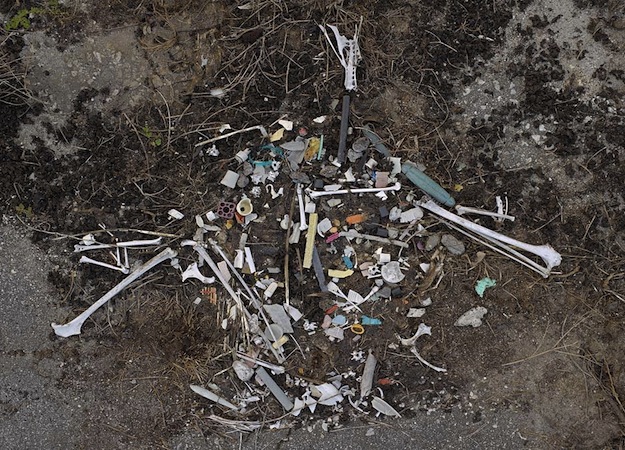 Multiple Threats Plastic litter is not the only threat to the albatross. Overfishing, hunting, line fishing, and invasion species are but a few of the many pressures on the population. 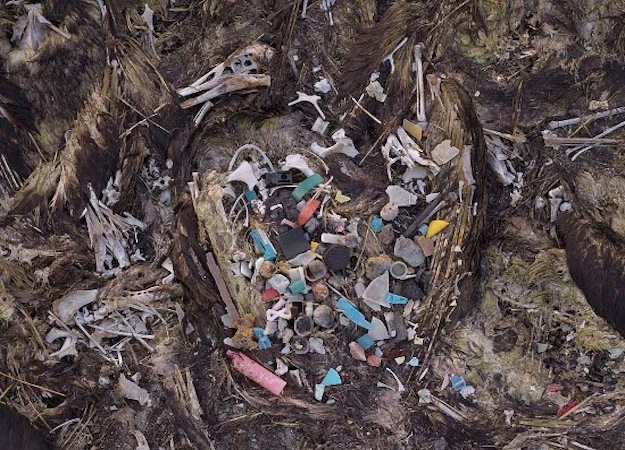 Line Fishing Before the threat of the Pacific Gyre was clear, line fishing was considered the most significant modern threat to the albatross. Line fishers trail long lines of hooked bait behind their ships. The albatross grab the bait, are snared by the hooks, dragged underwater, and drown. 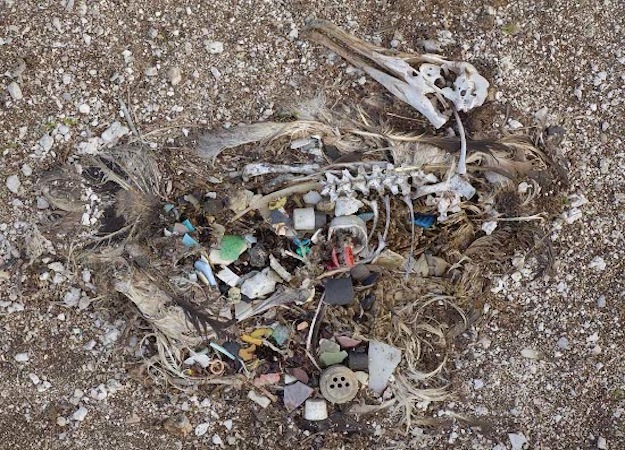 The Plastic Problem In the Northern Pacific, plastic is becoming a serious problem for the albatross. Conservationists estimate that 40 percent of Laysan albatross chicks die because they have been fed plastic. How well do you know bird anatomy? Find out with our bird ID interactive! Explore our ultimate bird guide and check out the secrets of the birds in your own backyard.