by Robert Lamb Feb 26, 2016
Those ships would be the downfall of the not-so-dumb dodo. Paul Roget/Getty Images

Humans love to ridicule the dodo bird (Raphus cucullatus). After all, when Dutch sailors first arrived on the isle of Mauritius in the late 1500s, these flightless chumps willingly marched aboard the invading ships like nature's own self-delivering KFC buffet.

Between their too-docile-for-this-world temperament and the encroachment of invasive species, it's no surprise that the dodo vanished from its island home by the late 17th century. But are we too hard on the dodo for falling, like so many other species, to the reckless stupidity of human expansion? A new study published in the Zoological Journal of the Linnean Society suggests that yes we are, in fact, jerks.

How did the dodo bird stack up? They were certainly no pigeons, but CT scan results indicate that, for its body size, the dodo bird's brain was probably what you'd expect it to be: neither excessively smart nor ponderously stupid. Plus, interestingly enough, dodo and Rodrigues solitaire both exhibited large, differentiated olfactory bulbs. Most birds depend more on sight than smell, but these flightless land-dwellers probably sniffed their way through their respective island paradises — at least until bird-hungry sailors showed up with a menagerie of murderous dogs, pigs, cats, rats and monkeys.

So think about that the next time you call someone a dodo. Hey, maybe they're appropriately smart for their size, and you're just a jerk for wanting to cook them in the belly of your sailing ship. 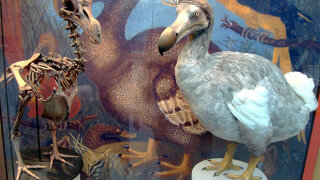 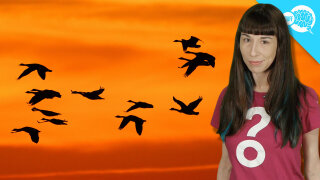 BrainStuff Video: How Do Birds Know Where to Go When They Migrate?