by Karen Kirkpatrick Dec 10, 2015
The extinction of Pleistocene megafauna like this woolly mammoth and rhino contributed to the tasty evolution of pumpkins and squash we cultivate today. Stuart Dee/Daniel Eskridge/Stocktrek Images/CSA-Archive/Getty Images

Back before pumpkin pies were even a glimmer in the eyes of bakers, Pleistocene-era mastodons, mammoths and giant sloths were spreading the seeds of these fruit far and wide. Anywhere the huge animals collectively known as megafauna roamed became a dumping (pardon the pun) ground for the seeds of pumpkins, squash and other members of the genus Cucurbita, which would then spring up like weeds.

But while these wild fruits were nourishing giant animals, these ancestral pumpkins weren't yet part of the diet of humans or smaller animals due to the plants' toxicity and bitter taste.

A new study by an international group of researchers – who looked at, of all things, gourd/squash seeds in mastodon dung – has shown that the extinction of megafauna about 12,000 years ago led in a rather roundabout way to the evolution of Cucurbita from the toxic and bitter into the tasty pumpkins, squash and other fruits that we enjoy for Thanksgiving and, which in turn, evolved into the now-ubiquitous pumpkin-spice lattes, beers and ice cream.

But how could the extinction of megafauna back then lead us to autumn's most overused fall flavor now? Think coevolution – when two or more species mutually affect each other's evolution.

"There's a whole suite of plants that have coevolved – it's called dispersal mutualism – with animals," says Lee Newsome, co-author of the study and an associate professor of anthropology at Penn State. "There's a large number that are coevolved with mammals. Some just hitch a ride on mammal fur then ultimately fall off somewhere."

The fruit of other plants, such as the wild gourds giant sloths and woolly rhinos chowed upon, are eaten and their seeds expelled, maybe miles from where the original plant grew.

Imagine automobile-sized mastodons running rampant across the environment of what is now North Florida and into Georgia, Newsome says, eating wild gourds, then expelling the seeds still lodged in the dung that she and her team found and studied. As the environment warmed following the most recent ice age, and the large mammals became extinct, "the plants were left without their primary partner [and] disperser," she says.

No more megafauna? Enter a new partner: us.

"By then humans were present and were starting to make use of [wild gourds and squash] for containers," Newsome says, though our ancestors weren't eating them – yet. "And ultimately humans are planting [the seeds] and changing them."

As the plants evolved and adapted to the new environment, smaller animals found that some of the Cucurbita didn't taste as bitter anymore. Over the dozen millennia that have passed since the end of the Pleistocene Ice Age, wild gourds and squash evolved into the tasty foods we eat today.

Next time you're chowing down on a pumpkin pie, squash casserole or pumpkin spice latte, remember the mastodons and their dung. Without the demise of megafauna, pumpkins would've remained bitter and unpleasant to our palate, and we'd have a much less flavorful diet.

Now That's Interesting
Pumpkin spice lattes and the like aren't actually made of pumpkin. When created from natural ingredients they include the spices that traditionally go in pumpkin pie – allspice, cinnamon, ginger and nutmeg. Pumpkin-pie spice may also be made from a science-project mix of less expensive "natural and artificial flavors."

Your Car Is a Tattletale

10 Ways to Use Canned Pumpkin (Besides in a Pie) 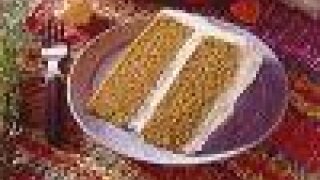