by Christopher Hassiotis Apr 4, 2016
Giant shark megalodon was the apex predator in Earth's oceans for millions of years, before going extinct about 2.6 million years ago. Richard Bizley/Science Photo Library/Getty Images

The largest shark in the history of the planet was named megalodon, and could grow to lengths of 60 feet (18 meters). Megalodon ruled Earth's oceans for more than 20 million years. But if such a beast could get by for that long, why did the giant shark species die out about 2.6 million years ago?

Past hypotheses have suggested that megalodon, the largest known apex predator in the ocean's history, faded into history due to the ripple effect that climate change had on its ecosystems. New research published in the Journal of Biogeography, however, has concluded that the gigantic predator died out because its food sources became less diverse, and because other, smaller predators evolved into direct competition.

The megalodon range in the world's oceans changed over millions of years.
Catalina Pimiento

A research team from the University of Zurich's Paleontological Institute and Museum examined 200 megalodon records from museum collections and databases around the world, recreating a picture of the shark's range in the world's oceans, and how its population grew and eventually dwindled compared to the world climate. According to the research, megalodon populations neither shrank when the temperature dropped worldwide, nor increased significantly when water temperatures increased.

"We were not able to ascertain any direct link between the extinction of C. megalodon and the global fluctuations in temperatures during this time," lead researcher Catalina Pimiento, also in the running for coolest scientist name of the week, said in a press release announcing the findings. "Changing climatic conditions do not appear to have had any influence on the population density and range of the giant sharks."

Instead, Pimiento and her team believe that a drop in the diversity of filter-feeding whales, which served as shark chow and acted as indicator of overall biodiversity, had a bigger impact on the megalodon's eventual extinction. The team also proposes that the emergence of smaller competitors contributed to megalodon's fade. The ancestors of today's orcas and great white sharks could get by with less food than an eating machine weighing upward of 50 tons (46 metric tons), as some estimates of megalodon's size suggest, would need.

Now That's Interesting
The scientific community doesn't wholly agree as to whether megalodon's scientific name should be Carcharodon megalodon or Carcharocles megalodon, coming down to different readings of the evolutionary record.

Sine Us Up: It's Square Root Day. 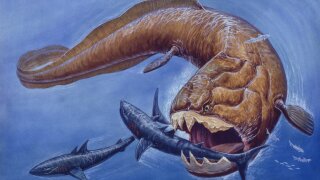 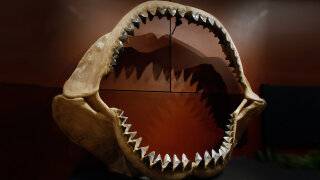