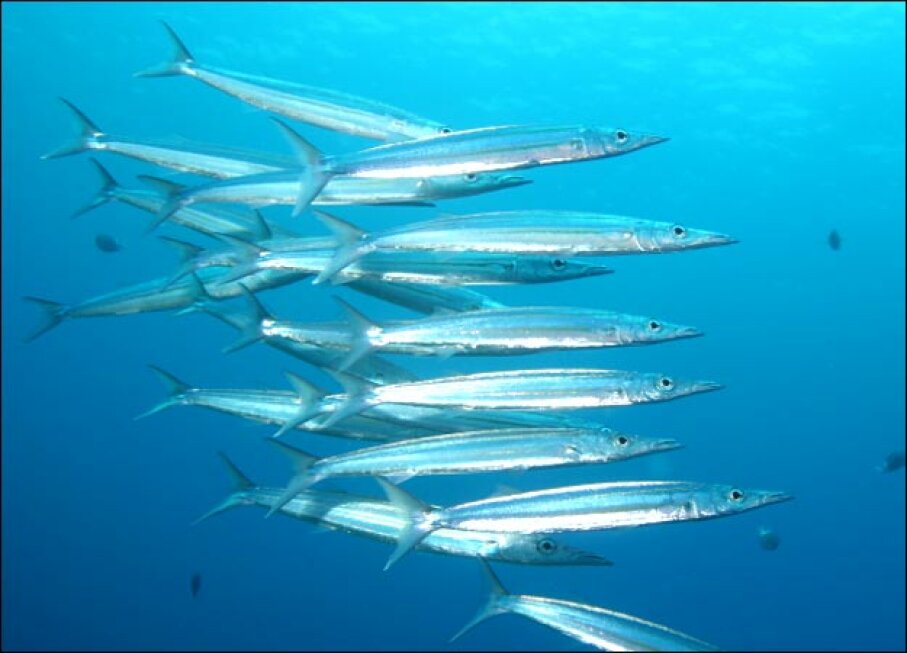 Sleek Swimmer: This sleek, torpedo-shaped fish with sharp, pointy teeth has earned the name "Tiger of the Sea." With its flexible, slim body, the barracuda is particularly adapted to swimming among coral reefs, which requires intricate moves through tight turns

Inflatable Fish: Another trick that allows the barracuda to swim in narrow, twisty places is the ability to inflate and deflate its swim bladder. The shrinking and expanding of this gas-filled chamber allows the fish to either lower its body or to rise to a higher level.

Ambush Predator: With few natural enemies, the barracuda hangs motionless in its watery habitat waiting for an unsuspecting victim. As a tasty morsel swims by, the barracuda lunges forward with lightning fast speed to capture its meal. Its knifelike teeth have been known to tear into swimmers, usually when the water is murky and arms and legs can be confused for a fish meal.

Can playing dead help save me from a shark attack?
Could ancient Aztecs have held the secret to fending off shark attacks?
Fish Can Recognize Individual Human Faces, Scientists Discover