by Amanda Onion Feb 20, 2018
A new finding reveals how cephalopods such as the cuttlefish can effortlessly hold their disguise for up to an hour. Engineers hope to borrow from their trick to develop soft robots and dynamic 3-D maps. Roger Soffic

Cuttlefish – the cephalopods known for their stunning ability to instantly change color and texture to blend into surroundings – have another, newly discovered trick. Researchers have found that these soft creatures can "freeze" their camouflage pallete and lock it in place for up to an hour without any energy-consuming input from their main nervous system.

That super power allows them to hold their disguise for long periods to avoid being detected – and eaten. It also helps them snatch their own prey by allowing them to remain essentially invisible as they lie in wait. The finding, published Feb. 15, 2018 in the journal iScience, not only reveals yet another clever strategy of these ocean bottom-dwelling masters of disguise, it also lends further guidance for engineers hoping to borrow from the animal's tricks to develop new technologies, such as maps that can spring into three dimensions and soft-bodied robots that could wrap around a human leg to offer support.

As with many discoveries, scientists stumbled upon this one nearly by accident. The researchers, while working together at the Marine Biological Laboratory in Woods Hole, Massachusetts, were trying to trace how the cuttlefish's nervous system directs its skin to transform its 3-D texture within seconds to blend into the background of, say, kelp or a rock. When they sliced through one of the two main nerves that runs along the side of a cuttlefish, they expected the animal would lose its camouflage on the corresponding side of that nerve. But, in fact, the three-dimensional texture provided by nodes on the skin of the cuttlefish, called papillae, stayed intact.

"It was really quite surprising in fact when we first saw it," says Trevor Wardill, co-author of the study and a neuroscientist at the University of Cambridge. "Generally, when you cut input to a muscle, it just relaxes and that's the end of it. We thought we did something wrong."

However, repeat takes at the procedure, led by first author Paloma Gonzalez-Bellido, a lecturer in neuroscience at the University of Cambridge, showed the phenomenon was no fluke. (The animals were not killed by the procedure and were able to continue swimming and feeding in a tank at the MBL facility.) The team's finding is the first time this kind of lock, or catch muscle, as it is known, has been detected in any cephalopod. Wardill says they believe it's a similar kind of locking mechanism used by clams and mussels to seal shut without expending energy. For the cuttlefish, which, as any wild animal, relies on every calorie it consumes to survive, having a way to maintain its disguise without constantly pumping out energy, is an ingenious survival strategy.

"Normally if you're constantly sending neural messages, it requires constant use of energy to do that," he says. "Whereas if you send the message and then stop sending it for up to an hour, that's a very significant savings."

Squid Can Do It Too

The researchers suspect that squid, which hang out in the ocean's upper water columns, may have the same ability. Squid don't transform the texture of their skin as cuttlefish do, likely because the increase in drag would make such rough surfaces more of a liability than an advantage. But these cephalopods blend in by shifting the iridescent quality of their skin, effectively changing how the sun's light reflects off their bodies. Observations have shown that squid even use their iridescence to hypnotize prey, such as crabs, in their sights. In investigating the cuttlefish's neurotransmitters, they found striking similarities to neural circuits used by squid to manipulate their iridescence. So they suspect squid may have a similar ability to lock in a certain iridescent look.

"The same nerve controls appear to control papillae in cuttlefish and iridescence in squid," Wardill says. "We suspect they must have a common ancestor for this control system, but the jury's still out."

Word that scientists have uncovered yet another neat cephalopod trick is exciting news to people like James Pikul, an assistant professor in the Department of Mechanical Engineering and Applied Mechanics at the University of Pennsylvania. Pikul's research group recently borrowed from previous studies on the cephalopods to mimic the cuttlefish's quick-changing textural camouflage in synthetic form using silicon and fiber-mesh rings. He envisions building on the cuttlefish's dynamic texture-changing ability to generate a GPS map that could lie flat in a vehicle and then, upon command, spring into three dimensions to offer a vivid, fully contoured view of the driver's route.

Pikul also predicts endless medical applications that could borrow from the cephalopod, including soft robots that could instantly bend and conform to mold around a patient's injured leg or even envelop and support a beating heart. To accomplish those visions, Pikul foresees taking inspiration and guidance from the cuttlefish and then advancing it. He envisions, for example, developing individual artificial papillae that could not only be activated or deactivated to match a surrounding, but also be prompted to take on a specific shape to create a surface that's even more fine-tuned.

"Nature has already begun the design process so we don't have to start at zero," Pikul says. "But ultimately we want to go beyond what even these amazing animals can do."

Now That's Interesting
The latest research on the cuttlefish was funded by the Air Force Office of Scientific Research. Trevor Wardill points out that the military's interest in the animals goes beyond camouflage. "They're also interested because of material science. You can imagine you can take a very flat structure and by activating it form a three-dimensional shape. That ability could be really helpful if you need to transport a structure flat to a location and then expand it out."

Sanctioned, Synthetic, Savory: Our Best Stories You Might Have Missed This Week

Why Teen 'Death Discs' Dominated the Airwaves in the '60s 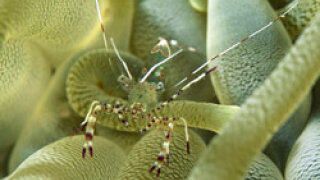 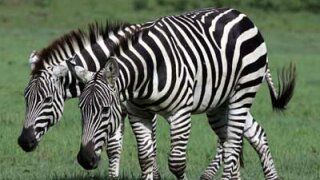 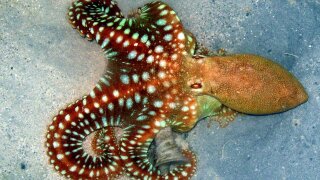