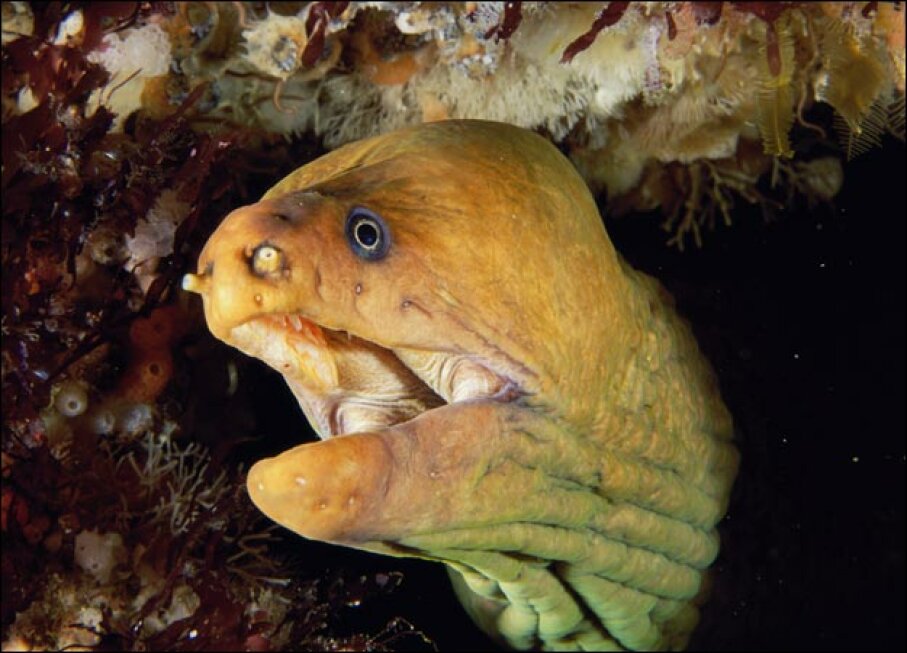 Eel Basics: Eels can be found in freshwater as well as salt water. They are snakelike with long bodies. Unlike land snakes, eels are usually scaleless, although a few species can be found with tiny scales along their bodies. Over 100 vertebrae form the eel's spine, which makes the animal very flexible.

Dying to Breed: Some species of eels travel up to 4,000 miles to breed, a journey which can take up to seven months. During that time it is believed that eels do not eat. Instead, they use their body fat and muscle tissue for nutrients. Adults die after breeding. Their larvae begin their own journey by floating on ocean currents. It takes three years for the young eels to grow to maturity.

Can playing dead help save me from a shark attack?
Could ancient Aztecs have held the secret to fending off shark attacks?
Fish Can Recognize Individual Human Faces, Scientists Discover