Greedo: Killed in Cantina, Lives on in Fish Form

by Julia Layton Sep 15, 2015
When you look at the catfish and its namesake from "Star Wars," you can definitely see the resemblance. Jonathan W. Armbruster, David C. Werneke, Milton Tan/Michael Tullberg/Getty Images

An oddball catfish species first spotted in 1998 in Brazil at last has a name, and it is Greedo.

Yes, as in the Rodian bounty hunter in "Star Wars."

More formally, the catfish, whose bug-eyed stare and droopy "chin" extension really do bring to mind Greedo, will henceforth be known as Peckoltia greedoi. Dr. Jonathan Armbruster, professor and curator of fishes at Auburn University and long-time "Star Wars" fan, stumbled on the name while studying the fish in 2015.

By tradition, whoever discovers a new species gets to name it. "Discovers" doesn't necessarily mean "finds," though. "Discovery is a weird term," says Armbruster, who has named about 40 fish species to date. "I discovered P. greedoi in a jar, but others actually discovered it in nature. They just didn't have everything they needed to describe it." Armbruster described it; he discovered the nature of the species.

"New" is weird, too. In this context, Armbruster explains, a "new species" is one that is newly described and named. Of course it existed before scientists got involved.

Describing a new species is a science in itself. In taxonomy, essentially the discipline of classifying living things, scientists examine physical, genetic, behavioral and ecological traits to logically situate a species within the biosphere. Taxonomy is a big deal. It reveals how a new species fits into our known world and provides a universal language to describe and study it. Taxonomy lays out the components of biodiversity and thus the tools to preserve it. It offers scientists, engineers and inventors their best chance at understanding the incredible capabilities of the natural world.

Naming is part of taxonomy. Ideally, a name reflects a distinctive characteristic, like Tadarida brasiliensis for a bat discovered to live in Brazil. There's a lot of leeway in naming, though, and scientists often get creative, like P. greedoi for a fish that looks like Greedo. Dr. Ricardo Moratelli, a biologist with the Oswaldo Cruz Foundation, chose Myotis midastactus for a bat with golden fur, after mythology's golden-touched King Midas.

This approach can sometimes be problematic, though. "A characteristic that we first think is unique to that species may be revealed as shared with others, or even variable within the species," explains Moratelli. Tadarida brasiliensis, for instance, was later found to live throughout North and South America, resulting in a subspecies called Tadarida brasiliensis Mexicana, or Mexican Brazilian free-tailed bat.

Other names honor colleagues, immortalize family members or, less common but more compelling, exact revenge: Scientist Carl Linnaeus, who in the 1700s founded the taxonomy and nomenclature system still used in biology today, named an entire genus of reeking weeds, Siegesbeckia, after Johann Siegesbeck, a botanist who had endlessly criticized his work.

The International Commission on Zoological Nomenclature needs to approve names, but the organization is pretty open-minded. It approved Sid viciousi and Johnny rotteni for two species of extinct trilobite (the taxonomist's friend loved the Sex Pistols). It also gave the nod to Agathidium bushi, Agathidium cheneyi and Agathidium rumsfeldi for three species of beetle (the Republican taxonomist actually meant it as a good thing), and to Ampulex dementor for a wasp that turns cockroaches into zombies before eating them. The behavior apparently recalled Harry Potter's soul-sucking adversaries.

That last one was chosen by visitors to Berlin's museum of natural history in a vote. In reality, one needn't know a thing about science to name a species, a fact that has led to a new avenue of fundraising and outreach in the 21st century. Some scientists are giving away their naming rights to educate, engage and fund research and conservation. Berlin's museum patrons learned about the new wasp and taxonomy and its critical role in conservation as part of the voting. The Scripps Institution for Oceanography sells naming rights for $5,000 to $25,000 a species, with the proceeds supporting the institution's work. And that's a bargain: At a 2005 auction, the online Golden Palace Casino paid $650,000 for the rights to name a species of titi monkey, supporting the Madidi National Park in Bolivia, where the new monkey was discovered.

This commercialization makes some in the field uncomfortable. With money in the mix, there's concern about biased taxonomy.

"It has the possibility of getting out of hand," says Armbruster. "Buying a name is a good thing as long as it is for a species we have already identified as new."

But most wary scientists are willing to suck it up. "We need more money for taxonomy," as Armbruster puts it. "Finding creative ways to fund the science is a good thing."

Now That's Cool
The online Golden Palace Casino named its titi monkey Callicebus aureipalatii. Aureipalatii is "golden palace" in Latin. The casino wanted ".com" in there, too, but it couldn’t be Latinized.

A 'Mama' Robot That Can Build and Evolve Its Own Babies 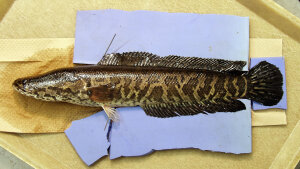 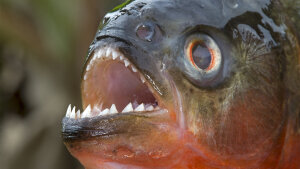