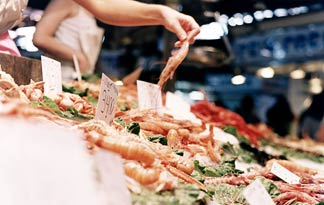 If you're an environmentally-minded consumer, a walk through the seafood section of your local supermarket probably fills you with angst. After all, the oceans are an integral part of life on Earth. Among other things, they support the existence of 50 percent of the planet's species and they also play an important role in climate and weather systems.

But the aquatic environment is under attack from multiple threats. Human-driven climate change, which is raising ocean temperatures and reducing the water's oxygen content, is wreaking havoc for the ecological balance by forcing fish to abandon old habitats and search for cooler waters. Noise from ships interferes with marine animals' ability to communicate, find mates, and hear and avoid predators.

But perhaps the biggest menace to aquatic biodiversity is overfishing, thanks to the advent of giant "factory" ships that hunt down schools with sonar and drag enormous nets from which there is no escape. According to the environmental organization Greenpeace, since large-scale industrial fishing began in the 1950s, populations of the big tasty fish that we love to cook and eat -- like tuna, swordfish, marlin, cod, halibut, skate and flounder -- have been reduced by 90 percent. At the rate that we're eating our way through the oceans, fish may eventually become a rare and expensive delicacy.

Does that mean that you have to give up seafood and learn to like tofu? Not necessarily. It's possible to keep this valuable source of protein and Omega-3 fatty acids in your diet without doing too much harm to the oceans, if you're careful about what varieties of fish you buy and who you buy it from. Groups like the Environmental Defense Fund not only are pushing the fishing industry to adopt more sustainable practices, but they've created numerous printed guides and Web sites to help you make responsible choices at the fish counter. 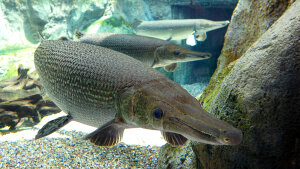 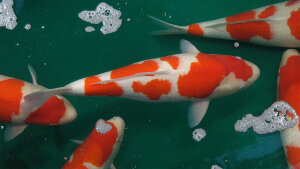