Do you love sharks? Check out Shark Week pictures from 2008 to learn about Andy Dehart and his research on sharks and other fascinating marine life creatures. 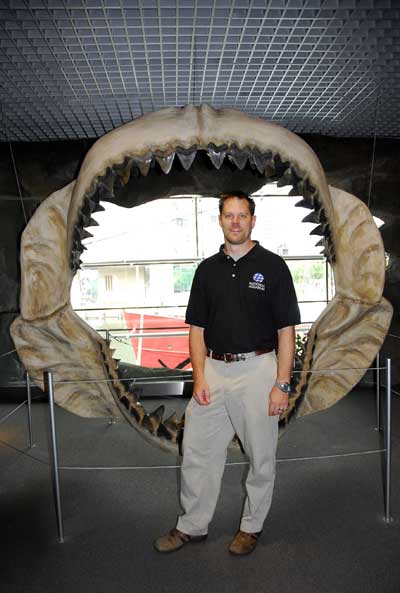 "If a shark is able to take a prey item that fits in its mouth then it will swallow it whole." Discovery Channel Shark Advisor and National Aquarium Director Andy Dehart stands before the jaws of an enormous shark. See more about Dehart's expertise next. 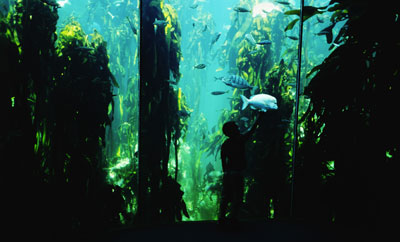 Dehart has worked with several aquariums in the United States, specializing in sharks and rays. Take a look at the National Aquarium in Baltimore next. 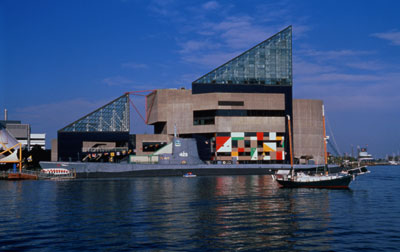 Dehart first worked with sharks as an intern at the national aquarium in Baltimore, Maryland. Next, see what he says about swimming with sharks. 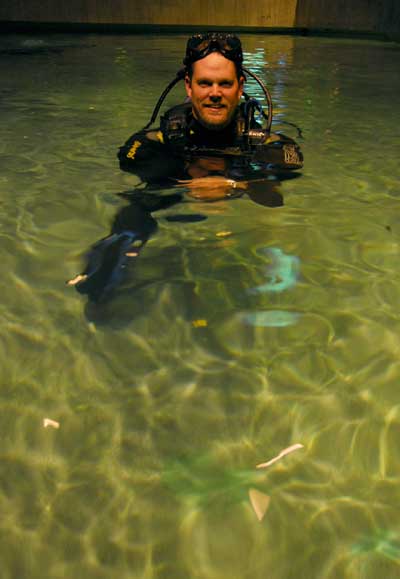 "In the aquarium setting we are lucky to get to dive with the same sharks frequently and it is very interesting to see each shark's unique behavior and the fashion that they handle various situations." Up next: the sandbar shark. 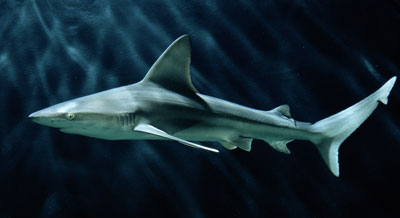 The sandbar shark "may take 14 years to reach maturity and will only have 1-2 pups every other year," says Dehart. This makes them vulnerable to commercial and recreational fishermen. 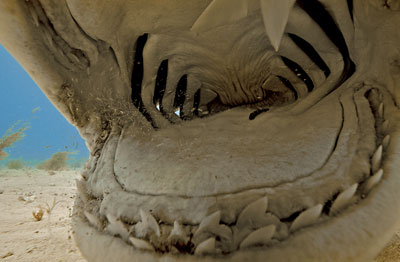 A close view of the inside of the mouth of a tiger shark. The tiger shark is the second most dangerous shark to humans. See the most sought-after part of a shark next. 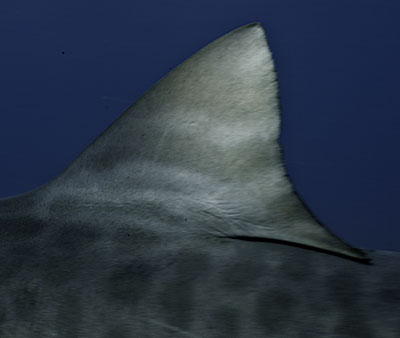 "As the fins are worth exponentially more than the meat of the shark, many fishermen discard the live bodies overboard," explains Dehart. Learn more about shark fishing. 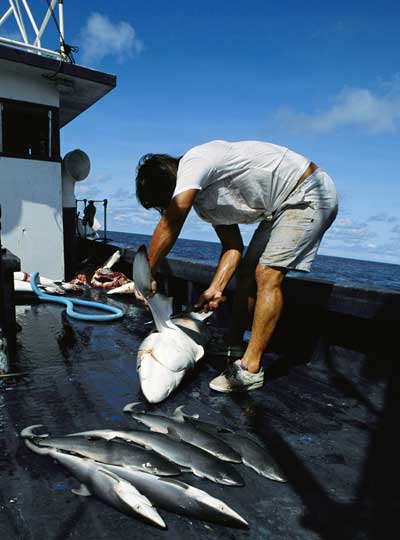 Dehart explains that "finning involves cutting off the valuable fins of a shark and throwing the live shark overboard to bleed to death or starve since they can no longer swim."

Why are goblin sharks called that?
What do most sharks eat?
Could ancient Aztecs have held the secret to fending off shark attacks?