by Charles W. Bryant
Prev NEXT
3 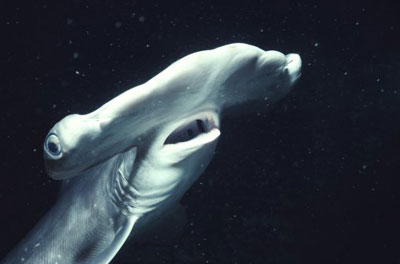 The hammerhead shark isn't likely to attack a human -- it's too busy worrying about its appearance.
Jeff Rotman/Getty Images

­The U.S. Navy cruiser USS Indianapolis was sunk in a matter of minutes by Japanese torpedoes near Guam on July 30, 1945. Roughly 900 sailors of the 1,196 aboard made it into the water with only their life vests. The sharks came around when the sun rose the following morning. The crew was helpless against the hungry man-eaters. Four days later, the remaining survivors were discovered by an overhead bomber plane. A seaplane was sent to the site and landed to begin the rescue effort after seeing the Indianapolis survivors being attacked by sharks. Out of the 900 that made it into the water, only 317 survived, marking the worst maritime disaster in U.S. Navy history. It's not known how many sailors died from shark attacks, exposure or thirst.

If you think this one was bad, wait till you see story number two on the following page.