Watch Out, Damselfish. Here Comes Leatherface on His Personal Watercraft

by Robert Lamb Feb 5, 2016
Australian scientists found that noise from motorboats can make fish less likely to startle, sort of like teenagers freezing at the sound of a Texas chainsaw. Vortex/Steve Etherington/Getty

If you've seen 1974's "The Texas Chainsaw Massacre," then you remember the scene: Two oblivious teens approach a country home accompanied by the distant rumble of a gas generator. You know the name of the picture. They know Leatherface is around there somewhere, just itching to jump out with murder saw a'buzzing.

The situation's much the same for fish, most of whom live their lives under the constant threat of predation — not by cannibal Texans, but by a vast ecosystem of flesh-hungry marine life. According to a new study from the ARC Centre of Excellence for Coral Reef Studies at James Cook University, fish, like many a cinematic chainsaw victim, grow more stressed amid the cacophony of motorboat noise. They even freeze up, allowing their adversaries to swim in for the kill.

The doomed "Chainsaw" teenagers, being teens in a horror film, basically have it coming. But you can't say the same for the average fish. Their natural habitat is dangerous enough without the complication of human-generated noise pollution.

The international team of researchers employed recordings and actual boat noise in their study, observing how Ambon damselfish (yes, that's the poor victim's common name) reacted to dusky dottyback attacks amid the sonic commotion. Stressed and distracted by the motorboat sounds, the damselfish were six times less likely to startle when attacked.

The researchers note that while climate change poses a greater threat to coral reef environments, noise pollution could be addressed more easily through the use of quieter engine technologies and marine quiet zones, particularly for sensitive areas or during times when already vulnerable juveniles are abundant.

In the meantime, think about the poor Ambon damselfish the next time you tear up the waves on your supped-up personal watercraft — and don't be a Leatherface.

Ridiculous History: The Woman Who Once Was a Cabdriver's Worst Nightmare

10 Horror VHS Boxes That Scarred Me For Life 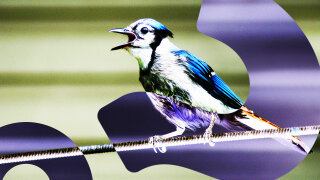 HowStuffWorks Now Video: Birds Are Shouting Over to Be Heard