by John Perritano May 24, 2018
An African Matabele ant (Megaponera analis) carries a termite victim after a raid. Erik T. Frank

Like the Spartans of ancient Greece, the African Matabele ants (Megaponera analis) are fierce warriors. They tend to injured comrades, and now scientists have learned, they are careful strategists and genius navigators when it comes to raiding the nests of their arch enemy and main food source — the termite.

Before launching their attacks, the ants send out teams of scouts to look for foraging sites. Once the recon ants pinpoint the location of the termite camp, they scramble back to headquarters to muster troops for the assault.

Here's the interesting part, according to Erik T. Frank, a scientist at the University of Lausanne in Switzerland: the scout ants have an uncanny ability to navigate. They always take the quickest route back to headquarters, which may not be the shortest route. If the most direct road is blocked by dense grass or foliage, for example, the scout ants will turn on their onboard GPS systems (pheromones) and find the fastest detour through open terrain. As they do, the ants literally double time their speed, reducing the time it takes to return to their nests by an average of 35 percent.

The ants know that time is of the essence. The faster they return and rally their comrades, the more likely they will be able to pounce on the unsuspecting termites. Interestingly, the scouts do not make such decisions as a unit. Instead, one generalissimo plots the course.

"What's truly remarkable is that there is only one single ant that makes the decisions on what path to take and not a collective decision of many ants, which can also lead to the fastest path over consecutive runs and time (through pheromone trail reinforcement)," Frank said in an email. "This is the first time that such a complex time-optimized route integration system has been observed in individual ants."

Upon their return, the scout ants lead the raiding party over the same territory they have just covered. Two hundred to 600 ants march off to battle, attacking and hauling their prey back to camp to be devoured. Frank and his colleagues observed that 59 percent of the time, the raids took place "completely or partly on the road" the scout ants determined was the quickest, instead of on the path that was the shortest distance.

The results of the study were published in May edition of the Journal of Experimental Biology.

NOW THAT'S INTERESTING
Termites are not the only creatures that have to beware of the Matabele ants. If the ants latch on to a human arm, for example, 10 or more bites can paralyze the limb.

What's the Difference Between England, the U.K. and Great Britain? 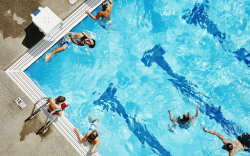 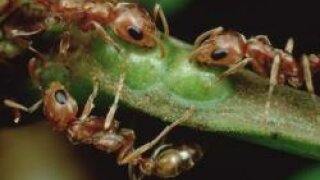 How to Identify Carpenter Ants 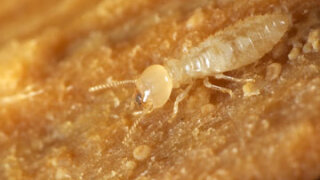 Types of Termites and the Damage They Cause 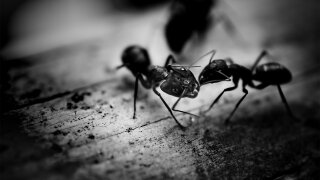