by Maria Trimarchi Mar 29, 2019
Monarchs have long been icons of nature's beauty, but they might soon be seen as ambassadors of successful conservation efforts. rainbow-7/iStockphoto

Every year, monarch butterflies winter in Mexico and then spend the spring months in the western United States before flying on to the north and east for the summer. It takes several generations of butterflies to complete this journey. The great-great-great grandchildren of the ones who set out last winter will return to Mexico the following winter to wait out the cold. It's a pretty amazing sight to see these butterflies en masse.

2019 is shaping up to be a banner year for these beauties as Mexican officials announced that the population of monarchs that spent the winter there had jumped 144 percent from last year. The butterflies took up 15 acres (6 hectares) of high-altitude Mexican forests in 2019, up from 6 acres (2.42 hectares) in 2018, the largest population increase since 2006.

It wasn't always this way for monarchs.

Just a few decades ago roughly 47 acres (19 hectares) were needed to accommodate the iconic bright orange and black butterflies wintering during the 1996-1997 migratory season, a peak year. Yet by the 2013-2014 season, the number of migrating butterflies dropped to a record low, only occupying 0.67 hectares (about 1.5 acres). So what accounted for the decline?

It's a harrowing journey. Every year, beginning in September, monarch butterflies start a 2,500-mile (4,000-kilometer) trek that will take them from Canada through the United States and into the warmer climate of Mexico, where they winter. Migration begins when the sun falls to just about 57 degrees above the southern horizon, and monarch butterflies are the only butterflies known to migrate. They follow specific routes through the U.S. over their three-month journey. While some may begin in the western states, the majority of butterflies will migrate through the Midwest, and find their way south through Texas. Monarchs have a built-in compass, and are able to reorient themselves in both longitude and latitude to head exactly toward a 50-mile-wide (80-kilometer) valley between Eagle Pass and Del Rio, Texas — something humans weren't capable of until the 1700s. Scientists are still working out how how these butterflies know where and when to travel.

Almost 1 billion monarch butterflies have disappeared since the 1990s, with fewer than 57 million monarchs remaining, at best. But it's not birds and wasps, the usual suspects, behind these decreasing numbers.

The disappearance of monarchs is a symptom of larger environmental issues, and many in the science community blame the use of [https://home.howstuffworks.com/question357.htm]glyphosate, an herbicide, as well as land-use practices, for the significant losses to the monarch butterfly population.

Glyphosate and the Monarch Decline

To understand why the herbicide glyphosate affects monarch butterflies, first we need to understand what monarchs like to eat — that's milkweed. Milkweed is an integral part of the monarch life cycle: It's the only plant on which they lay eggs; the only place where monarch chrysalises form; the only food monarch larvae eat; and a source of nectar for adult monarchs. Monarchs also rely on milkweed for a compound called cardiac glycoside. Consuming it gives the butterflies an organic defense system, an unpleasant flavor to deter predators. Without milkweed, monarchs cannot survive.

And milkweed is dying out because of glyphosate, some scientists say. Glyphosate is the active ingredient in the popular commercial herbicide Roundup, and works by blocking the proteins essential for plant growth. It's manufactured by the agrochemical corporation, Monsanto Company, and has been used commercially since 1974. Today more than 1.4 billion pounds (700 million kilograms) of the herbicide is used annually across more than 160 countries, and the U.S. is responsible for as much as 300 million pounds of that in just one year. As much as 94 percent of the soy and 72 percent of corn and cotton grown in the U.S. today is genetically modified to resist glyphosate, so farmers can spray their fields for weed control without fear of killing crops.

As Sylvia Fallon, senior scientist and director of the Natural Resource Defense Council (NRDC) Wildlife Conservation Project, explains in her NRDC blog, a lot of glyphosate used on crops means a lot less milkweed, a plant that grows wild in the Midwest. The less milkweed around, the greater the decline of the monarch population.

It sounds simple – plant milkweed and curtail the use of glyphosate and the monarch butterfly population will soar, right? But there's more to the story. Some theorize warmer climates farther north may keep monarchs from continuing their migration into Mexico. Without wintering in Mexico, monarchs are at an increased risk of exposure to toxic microorganisms they otherwise would not encounter continuing south. Overwhelmingly, though, the loss of the butterflies' overwintering habitat (areas of forest surrounded by moist underbrush and water) is blamed on illegal logging in Mexico, as well as widespread drought throughout the area known as the Transverse Neovolcanic Mountain Belt in central Mexico.

In the summer of 2015, the U.S. Environmental Protection Agency (EPA) announced its five-year plan to study of the effects of glyphosate, along with three other pesticides, on monarchs, and about 1,500 other endangered species. The federal government announced a five-year, $4 million conservation effort, a collaboration between the U.S. Fish and Wildlife Service (FWS), the Monarch Joint Venture, the National Wildlife Federation, and the National Fish and Wildlife Foundation, to combat the declining monarch butterfly population and further monarch habitat conservation efforts. Under this plan at least 200,000 acres of monarch habitat will be restored on both public and private lands.

The FWS has also pledged to support more than 750 schoolyard habitats and pollinator gardens, and to spend an additional $2 million to increase monarch conservation efforts in three specific high-priority regions needed for monarch survival:

Additionally, the Canada, Mexico, and the United States formed the North American Monarch Conservation Plan, with a goal to create or restore acres of monarch habitat across all three countries.

On a community level, Monarch Waystations, for example, are intended to offset monarch habitat loss by growing milkweed habitats in yards and common spaces, and encourages gardeners -- or anyone interested in adding milkweed to their landscape — to register with the Monarch Waystation program at the University of Kansas. Milkweed seed packets, provided by project, are available for creating a Monarch Waystation, each a new source of milkweed and other nectar sources for monarchs.

The 2019 bumper crop of monarch butterflies is attributed to favorable weather (no big storms to throw them off course or hurt them), decreased logging in Mexico and conservation efforts in all three countries. But some worry, that because of climate change (which often brings stronger storms), the population increase may not last.

Learn more about monarch butterflies in "Monarchs in a Changing World: Biology and Conservation of an Iconic Butterfly" by Karen S. Oberhauser. HowStuffWorks picks related titles based on books we think you'll like. Should you choose to buy one, we'll receive a portion of the sale.

NOW THAT'S COOL
Monarch butterflies have been to space; in 2009, scientists studied the monarch life cycle aboard the International Space Station.

Toothpaste Tablets: A New Way to Brush Your Teeth 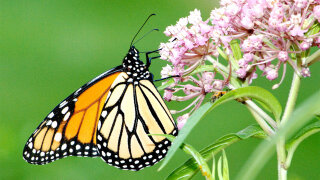 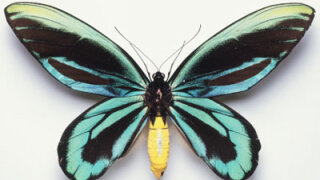 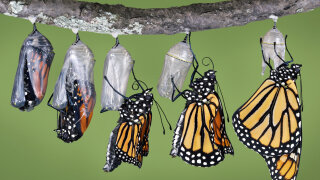