Is That a Cricket in Your Cocktail?

by Sarah Gleim Feb 1, 2017
People have been eating insects for thousands of years. Now they can drink them, too. DAVID BUFFINGTON/GETTY

Many Westerners can't embrace the idea of eating insects, even though 2 billion people on the planet already do, according to a 2013 report published by the U.N.'s Food and Agriculture Organization. But what if you could drink your bugs? In a cocktail? That might them a little bit easier to swallow, wouldn't it?

Now you can. Bug bitters are a thing. Bartender Lucy Knops and her partner Julia Plevin created Critter Bitters and funded the company through various grants and a Kickstarter campaign. The two women were inspired by the FAO report, specifically its call to help overcome the yuck factor of consuming bugs.

After all, insects are highly nutritious, so it makes sense that they be part of our diet. They're chock-full of fat, protein, vitamins and minerals; they're ideal substitutes to our diet staples like chicken, pork, beef and even fish.

The team's $30 bug bitters are made with toasted crickets, and they are currently selling two flavors online: toasted cricket bitters and pure cricket tincture. Newbies to cricket cocktails might want to start with the toasted cricket bitters — it's made with rose hips, sarsaparilla, pepper, dandelion root, gentian and cinnamon. The earthier flavor of the pure cricket tincture is probably better reserved for people ready to jump right in to drinking their bugs. Both go well with bold spirits like mescal, bourbon and rum.

Now That’s Interesting
There are at least 1,900 edible insects worldwide, the most common of those are beetles, followed by caterpillars, then bees, wasps and ants.

Scientists Reveal What Living and Working in Antarctica Is Really Like 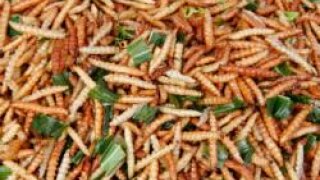 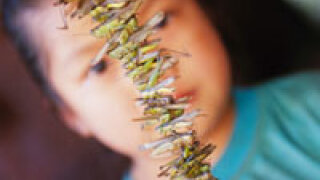 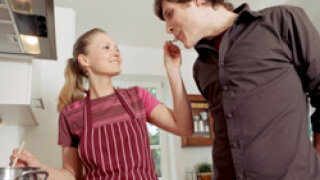 5 Unusual Foods You Should Explore