by Jesslyn Shields May 26, 2017
A plasticine caterpillar glistens with moisture in the forest of Tai Po Kau, Hong Kong, during an experiment studying predator attacks. Chung Yun Tak

If you're a caterpillar, one of your big jobs in the ecological food web is to be eaten by other animals. There's no point making a big deal about it, it's just true. But a new study published in the journal Science reveals what might be the secret to not getting eaten if you happen to be a caterpillar: don't live at the equator, or at the bottom of a mountain.

As a result of an impressively coordinated effort by 40 field researchers from 21 countries, the authors planted "caterpillars" (they look a bit like green inch worms) made out of modelling clay on six continents, at 31 sites, along a 7,250-mile (11,660-kilometer) latitudinal gradient from the Arctic Circle to the southern coast of Australia. They were trying to figure out where in the world you'd be most likely to be eaten the fastest, and who would be most likely to eat you. Assuming you're an herbivorous arthropod, that is.

This dummy caterpillar, showing wedge-shaped marks of a bird beak at the lower part of the caterpillar, was one of the few attacked in Zackenberg, Northeast Greenland, the study's northernmost site.
Tomas Roslin

The researchers assumed the fake caterpillars planted near the equator would sustain more predation than the ones in the Arctic, just because there's generally more action of all kinds going on in the middle of the planet than there is closer to the poles.

The researchers found that one of these plasticine caterpillar planted around the Arctic Circle carries only one eighth the risk of being eaten than an identical dummy caterpillar at the equator. Additionally, for every single degree of latitude away from the equator in either direction, the likelihood a caterpillar would be chomped decreased by almost 3 percent. This was also true for elevation: predation rates decreased as elevation increased. With every 328 feet (100 meters) of increased elevation, the odds of predation decreased by more than 6 percent.

After leaving the little dummies out in the field for between four and 18 days, the researchers came back to find most of them chewed on and rejected by predators. They were collected and sent back to a lab in Helsinki, where the bite marks were analyzed to assess what kind of animal had a go at a clay caterpillar before finding out it wasn't worth their time. Birds, for instance, make wedge-shaped marks, whereas the mandibles of an insect make two small holes.

The research team found that near the equator, it wasn't vertebrates that were ravaging the caterpillars — it was arthropods like ants.

The trend was so striking that the authors suggest living at low elevations and latitudes might influence caterpillar development times and overall lifespan, as well as protective defenses like camouflage. Perhaps it really is all about location, location, location.

A dummy caterpillar in Kibale National Park, Uganda
Tapani Hopkins
Now That's Interesting
According to the researchers, one reason some butterflies migrate might be to avoid predators during their larval stage.

Why Don't Critics Like the Same Films as the Rest of Us?

Cool, Comical and Captivating: Our Best Stories You Might Have Missed This Week 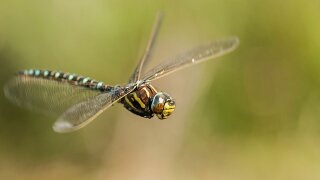 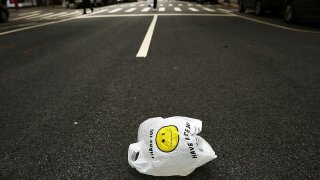 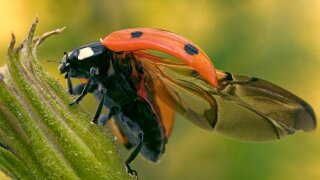