by John Perritano Apr 27, 2018
In addition to ants, certain termites and honeybees practice autothysis, giving their last full measure in defense of their nests. Pexels

When the invaders come — and they always do — a small squad of soldiers in the rainforests of Southeast Asia rush to meet the challenge. Once they confront the enemy, the soldiers explode themselves showering their foes with deadly toxic fluid in an orgasmic display of death.

These heroes of the jungle are not ordinary soldiers, but so-called "exploding ants" that protect the colony and its territory by rupturing their bodies and sending out a sticky stream of poisonous goo. While it's no secret that certain ants turn themselves into suicide bombers, scientists have not catalogued a new species for decades — until now.

As reported in the journal ZooKeys, researchers found the new species in Borneo, Thailand and Malaysia. The brownish-red insects go by the apt name Colobopsis explodens. The newly discovered ants are members of the group Colobopsis cylindrica, also known as COCY.

The act of killing oneself for the greater good is rare in nature. Scientists call it autothysis, or suicidal altruism. The process begins when the insect contracts the muscles around a large glandular sac. The gland eventually swells and ruptures like an over-inflated balloon, vomiting a yellow, sticky poisonous gel that covers unwitting predators.

In addition to ants, certain termites and honeybees practice autothysis, giving their last full measure in defense of their nests. COCY ants, however, are special for they self-sacrifice far from their nests defending territory against intruders.

Not all members of Colobopsis explodens explode. There are also "soldier ants" that barricade the colony's nest with their large heads, and smaller "worker" ants that march off to combat knowing they will never return. These ants are sterile, so in an evolutionary sense are not needed for preservation of the species.

It Can Take More Than 20 Years to Legally Immigrate to the U.S.

The VW Bus Is Back — Sort of 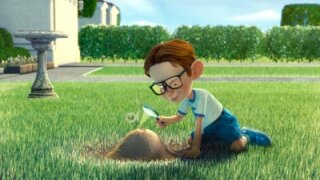 The Ant Bully: The Backyard You Never Knew 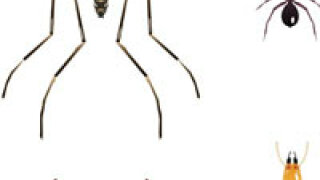 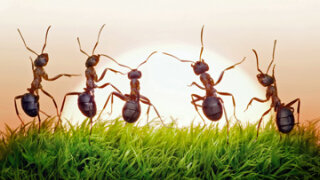