by Robert Lamb Aug 26, 2016
Male termites will have a better go of it if they pair up, as opposed to staying solo and roaming for mates. Mary Plage/Getty

Humans have a nasty habit of anthropomorphizing everything in their path, but if you choose to seek human motivations in the insect world, you do so at great peril.

Consider the latest inquiry into termite sexual politics by Kyoto University scientist Nobuaki Mizumoto. He and his team found that, under the right conditions, unmated male Japanese termites become homosexual partners — and unlike examples of gender-mistaken homosexuality in various other organisms, the termites in question are not oblivious to their lifestyle choice.

You might be tempted to find solace in that, or at least to find some common ground with the often alien world of eusocial insects. But don't get too comfortable. As the great Dr. Seth Brundle reminded us in the 1986 horror film "The Fly," you can't trust an insect, no matter how much it comes to resemble something human.

For starters, the male termites only form these same-sex bonds in the absence of available females. Denied a mate with whom to complete their genetic mission of propagation, they build a same-sex nest together. This partnership actually increases their chances of survival as the world makes quick work of male termites who aren't mated and aren't in a nest.

But what good is survival in this life if the termites don't earn the chance to pass on their genes to the next generation? Indeed, what evolutionary advantage does a same-sex pairing afford them? This is where Mizumoto and his team discovered the endgame of their desperate alliance — something that, if translated into human terms, would be the stuff of pure madness and horror.

According to the study published in the journal Animal Behaviour, the nested males intercept the worker tunnels of active heterosexual nests and then infiltrate them to assassinate the breeding male. Once the king is dead, our murderous pair of cohabitating males turn their attention to the one remaining question: Which of them will replace the dead male and mate with the queen?  Their partnership ends, and rivalry commences one more.

For you and me, the complex ebb and flow of mammalian behavior is often buried and even transformed beneath the weight of human culture and cognition. But for termites, as with all insects, the brutal economics of their actions are laid bare for all to witness. We marvel when we study them in scientific curiosity, and recoil when we seek our reflection in their drastically inhuman ways.

The Two Months That See the Most Divorce Filings 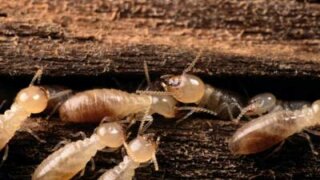 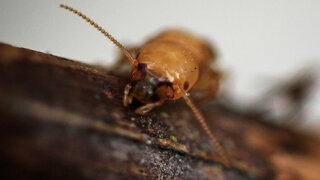 Stuff to Blow Your Mind Podcast: Send in the Exploding Termites