Browse the article Is This How Ant-Man Controls His Ants? 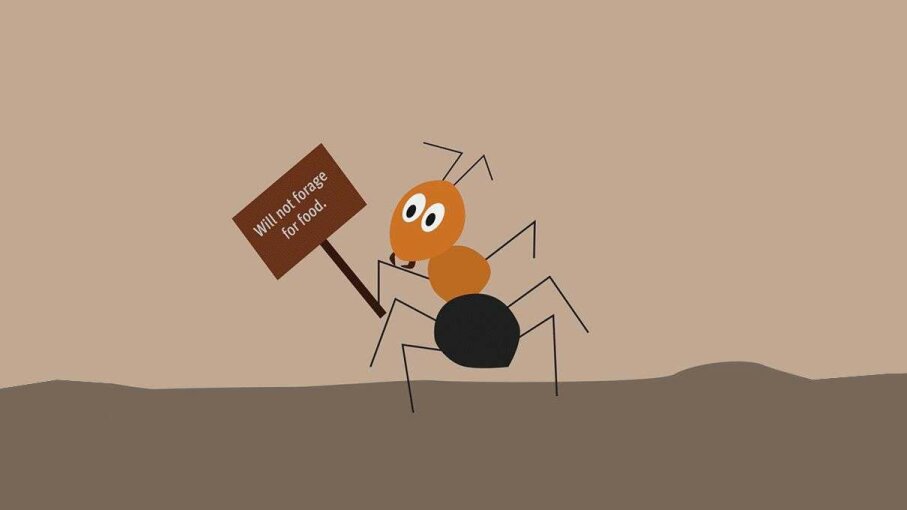 In this interesting ant experiment, scientists were able to change the behavior of ants through epigenetics, specifically by injecting chemicals directly into the ants' brain. AAAS/Carla Schaffer

In last year's summer superhero flick "Ant-Man," Paul Rudd commanded swarms of ants to do his bidding. They flew him around, formed bridges and zapped security systems at his command.

In our recent Stuff to Blow Your Mind episode on "The Science of Ant-Man," we discussed the physics of shrinking, the anatomical strength of a half-inch tall human and the possibility of a quantum realm. But we couldn't quite figure out how Ant-Man communicated with his arthropod friends, especially given the complex way ants use pheromones and other nonverbal cues to "talk." But a team of researchers in the January issue of Science  may have found an answer.

By using epigenetic manipulation, Daniel Simola, Riley Graham, Shelly Berger and more were able to change the behaviors of ants, so they performed different roles than their nature normally allows. In the carpenter ant Camponotus floridanus there are distinct castes called "minors" and "majors" that perform different tasks for their colony.

The major ants are larger than minors and act as the colony's soldiers. They rarely search for food. The minor ants primarily forage. Minors also scout, leaving the nest first to discover a food source before bringing in labor reinforcements to haul the goods back to base. While both majors and minors can scout, by the time they're 14 days old the minors exhibit this behavior more than the majors.

Observations led the research team to conclude that these roles were molecularly innate to the ants. This division of labor allows colonies to adapt to crises such as famine or predators.

So how did these researchers get the ants to change their innate behavior? It would be easy to just say "epigenetics," but let's do a brief primer on what this actually means. Essentially, epigenetics is when environmental factors affect DNA, changing how genes are expressed. Imagine identical twins, but one develops cancer and the other does not. What environmental, nutritional and social exposures triggered this development? Epigenetics aims to find out.

The research team noticed that the carpenter ants' propensity for foraging seemed to be affected by their exposure to histone proteins, what Berger refers to as "the packaging material" for DNA. To get information from each gene, DNA has to loosen like a spool of thread in a process called "acetylation." So the team began their experiment by feeding the ants a compound that increased their acetylation of the histone H3K27ac. Sure enough, after consuming the compound minor ants foraged even more than normal.

This GIF briefly (and adorably) illustrates results from Simola et al., who found that epigenetic changes to the brains of "soldier" ants caused them to behave more like "forager" ants.
AAAS/Carla Schaffer

Next, the team developed a technique to inject the chemicals directly into the ants' brains. Changing the dose to a more potent compound called trichostatin A, they noticed the injections increased the major ants' foraging behavior as well. Soldiers became farmers. Even 30 to 50 days after a single injection, majors displayed lasting effects and continued to forage. It should be noted however that these treatments were only effective when applied to very young major ants. This implies that as they age, ants conform to their roles rigidly.

Given these results, we could speculate that Ant-Man controls his ants in a similar, but more complex epigenetic manner. Is Ant-Man constantly injecting baby ant brains with weird chemicals so they'll let a tiny person ride on their backs? Maybe. But another possibility Berger pitched is that he emits an odor like the ant queen, which regulates the brain physiology of each ant, essentially telling them, "Everything is fine." Berger refers to the queen's odor emission as an example of a "pure epigenetic signal."

Of course, the ramifications of this study are much bigger than solving the mysteries of a fictional superhero. The researchers speculate that their study's findings may be applicable to other eusocial insects like honeybees and possibly even to some mammals. But what about humans? Can chemical exposure epigenetically change our behaviors?

According to Berger, the same histone deacetylases (HDACs) used in this study are already widely used in humans for both cancer and psychiatric treatments. So there could be many applications for this research, especially in the early windows of human brain development. In the 1990s, a National Institutes of Health (NIH) project scanned hundreds of human brains and found that they're still developing until we're 25 years old. Berger argues that the molecular nature of this development comes from epigenetic changes within the brain. So maybe ants aren't the only ones with malleable societal roles regulated by chemicals?