Browse the article Scientists Closer to Developing a Bee-friendly Pesticide 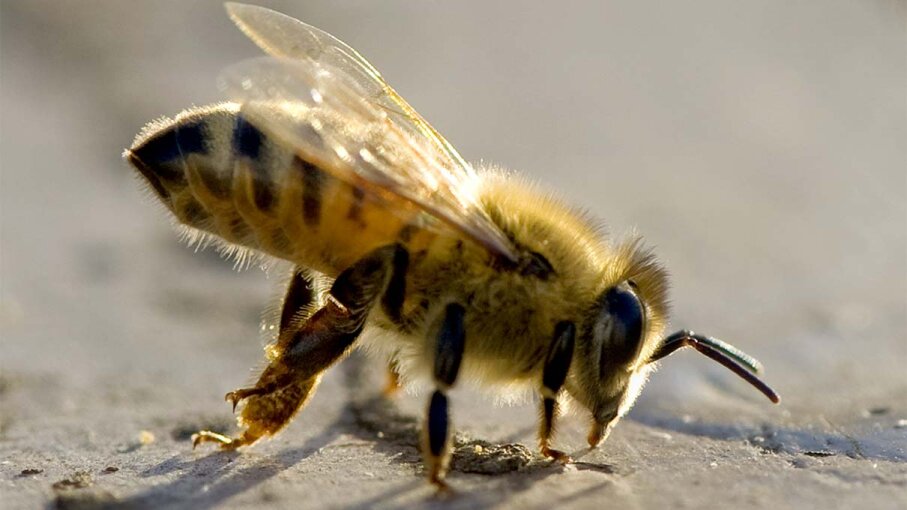 A male drone bee. Drones such as this one do not work — their sole purpose is to mate with the queen bee, ensuring the survival of the colony. The Washington Post/Getty Images

Mounting evidence suggests one of the most widely used insecticides in the world — neonicotinoid — is threatening bees, but other experts claim there's not enough data to justify a ban in the U.S. Now, a new study has identified the specific enzymes in bees that are responsible for breaking down the chemicals.

The discovery was made by scientists at the University of Exeter, Rothamsted Research and Bayer AG. Bayer AG is a manufacturer of neonicotinoid insecticides. The results were published online in the March 22, 2018 issue of Current Biology. The joint study identified the enzymes in honeybees and bumblebees that determine how sensitive they are to different neonicotinoid pesticides. It also allowed scientists to determine that honeybees and bumblebees react differently to the same type of neonic insecticides.

The cytochrome P450 enzyme in bees is responsible for breaking down toxins, but researchers found one enzyme subfamily — CYP9Q — that was responsible for the rapid breakdown of certain neonicotinoids.

"Identifying these key enzymes provides valuable tools to screen new pesticides early in their development to see if bees can break them down," Professor Chris Bass, who led the team at the University of Exeter, said in a press statement.

The research is particularly important in the U.S., where the Environmental Protection Agency in 2017 temporarily banned the approval of any new outdoor neonic insecticides while it completed a widespread review of the risks to bees. The agency also encouraged individual states to implement their own measures. Beginning in January 2018, Maryland became the first state to halt the use of neonics on home and garden properties, but not on agricultural areas. The European Union has banned three types of neonic pesticides since 2013.

Although the identification of bee enzymes that allow them to break down specific types of pesticides is useful, the issues surrounding bees and deadly pesticides are rife with debate. While a growing number of studies illustrate the negative health effect of neonics on honeybees and other pollinators, the evidence that directly links these pesticides to declining bee populations is lacking and sometimes confusing. For example, one study determined that bees, much like people who can't stop smoking, are actually attracted to neonicotinoids because they contain a nicotine-like compound. Another widespread study covering the effects of insecticides on bees in three countries reported nuanced results: Sometimes neonics kill honeybees and wild bees, and sometimes they don't. The U.S. EPA acknowledges there is still important work to do when it comes to protecting bees, from taking a closer look at agricultural practices to convincing homeowners to reduce pesticide use.