Welcome to the Mosquito Factory

by Robert Lamb Jul 31, 2016
Welcome to the Mosquito Factory HowStuffWorks

What if I told you the best weapon in our war on mosquito-borne illness is a factory that breeds millions of mosquitoes and releases them into your neck of the woods?

It sounds crazy, but that's exactly the approach taken around the world by scientists intent on curbing illnesses such as Zika, dengue, malaria, West Nile and more.

Mosquitoes are highly successful organisms, and they're also highly effective at spreading a host of potentially devastating illnesses as they jet about from one human host to another. Science writer David Quammen even proposed that the ravages of mosquito-borne illnesses in many equatorial rainforests actually staved off the advance of human exploitation till the 21st century.

Yes, mosquitoes have been holding their own in our little human/insect war just fine — even bouncing back from catastrophic losses. According to Technology Review, Brazilian officials declared invasive yellow fever-carrying Aedes aegypti mosquitoes eradicated in 1958, only to experience reinvasion in the decades to follow.

Now Brazil, like many other countries that share their lands with the mosquito nation, is looking to alternate means of defeating this blood-sucking adversary. That's where mosquito factories enter the picture: pumping out bacteria-compromised or genetically modified mosquitoes to defeat the enemy from the inside.

One of those factories, in Guangzhou, China, has reported promising results. According to the Atlantic, they're rearing and releasing mosquitoes infected with Wolbachia bacteria for two very good reasons. First, it renders the mosquitoes incapable of carrying a wide range of dangerous pathogens, a trait the mosquitoes pass on to their offspring. Second, Wolbachia helps to curb overall population as well. When a male Wolbachia-infected mosquito mates with an uninfected female, the resulting eggs don't hatch. Only when both mates carry Wolbachia does the union result in viable eggs, which pass on the infection. And that infection, by the way, does not transfer to people.

While the Chinese factory has weaponized a naturally occurring bacteria, British biotechnology company Oxitec has stepped into the realm of genetic modification. They're experimenting with the release of genetically modified mosquitoes that die four days later and produce offspring that die as larvae. They've been pumping these doomed GMOsquitoes out in Brazil to the tune of 2 million bugs a week, and they have seen impressive drops in dengue fever cases as a result, according to an article in MIT Technology Review.

Some scientists hold out hope that such gene editing eventually could wipe out mosquitoes entirely – or at least the couple of hundred species that actually bother humans.

But let's not be too quick to wipe them out. They serve as food for insectivore predators and (arguably) have protected rainforests. They've even been known to pull double duty as pollinators for orchids. The environment is a careful balance of elements, and it's hard to predict what will happen when you pull a single species out of life's Jenga tower.

How Applause Starts and Spreads Is Oddly Scientific

Ridiculous History: 150 Years Ago, Men Killed for the Eggs of These Birds

Stuff to Blow Your Mind Podcast: Are You Mosquito Bait? 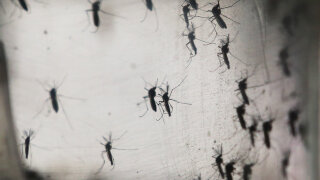 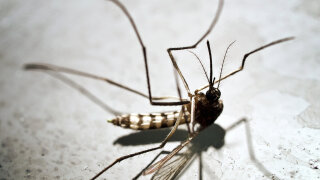 What if mosquitoes went extinct?

How Wine, Art and Diamonds Defy the Laws of Economics
January 22, 2020