Browse the article 5 Chimps Who Grew Up in Human Families 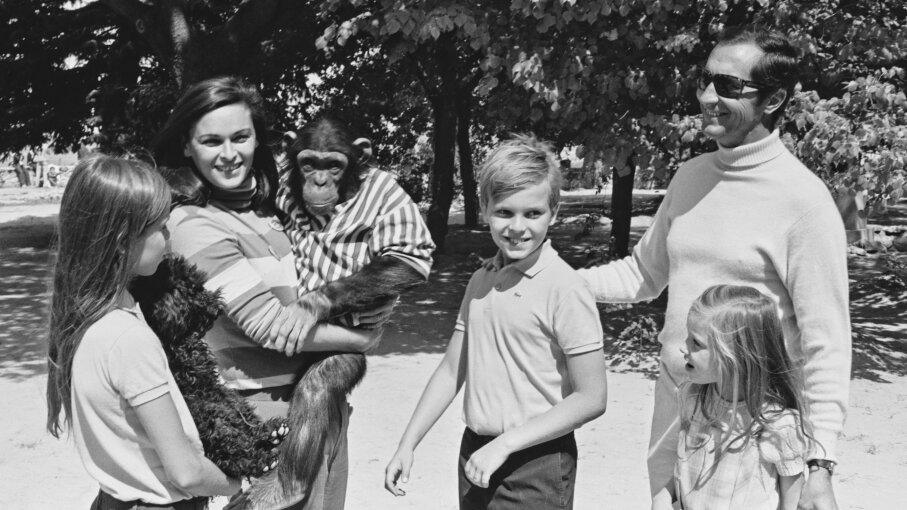 We human beings are unique inhabitants of planet Earth, the only creatures to (mostly) walk around on two legs, speak using our larynxes and fight with our families about politics during the holidays. And while many monkeys occasionally seem to exhibit human-like behaviors, only two primates — bonobo monkeys and chimpanzees — have about 99 percent of our DNA, making them our closest genetic cousins [source: Wong].

Like human toddlers, chimps wrestle, play with sticks, make a racket and cuddle with their parents. They seem, at times, a whole lot like our own children, only hairier and with bigger ears. But that 1 percent difference in DNA counts for a lot too.

Chimps don't become "more human" simply because they're raised in a suburb in Texas instead of the mountains in Tanzania. As very young animals, chimps are adorable, unique companions. Once they reach sexual maturity, though, their instincts gear them to dominate the humans they live with. By age 5, chimps are often stronger than human adults and very aggressive (biting others is a natural behavior, but not so acceptable in a suburban family). Sadly, these chimps don't usually do well if they are later sent to zoos or to the wild, as they are unfamiliar with typical chimp behavior [source: Jane Goodall Institute].

In the U.K, it is illegal to keep chimps as pets, while in the U.S., there is no federal law against it. However, 17 states do ban people from owning primates [source: Gould and Luria]. But you don't need to wait for a law to pass to determine that keeping a chimp as a pet is a bad idea. Just read the five stories that follow. 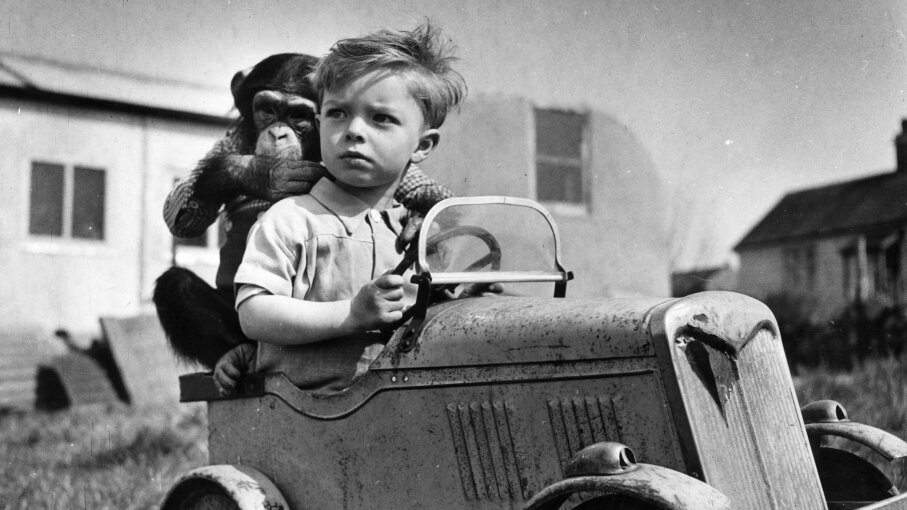 Chimps are evocative, emotional creatures, so it's not surprising that scientists get attached to their furry subjects. But in the case of Meshie, the results were, shall we say, very messy indeed.

In 1929, a mammologist named Henry Raven visited Africa and brought an orphaned chimp named Meshie back to his home on Long Island. This was possibly the first attempt to raise a chimp with a human family. The animal snuggled with the other children, held human babies and became the subject of many pictures and family videos [source: Rovzar].

Unlike some other chimp stories, Meshie wasn't really treated as a human. She slept in cage away from the human children, with whom she sometimes played. However, it seemed as if Raven was closer to Meshie than he was to his own children.

As Meshie grew older, she got smarter — and more aggressive. Occasionally, she would bite people when she didn't get her way. She required a lot of attention, so much so that when Raven announced he was leaving on another extended business trip, his wife demanded that the chimp leave, too [source: Edwards].

So, in 1934, Meshie ended up at a Chicago zoo. Three years later, she died, and her body was sent to a taxidermist. The results were placed on display at the American Museum of Natural History in Manhattan, a life-size testament to a chimp/family scenario with a wistful end [source: Wadler].

Gua, Raised Alongside a Human Baby 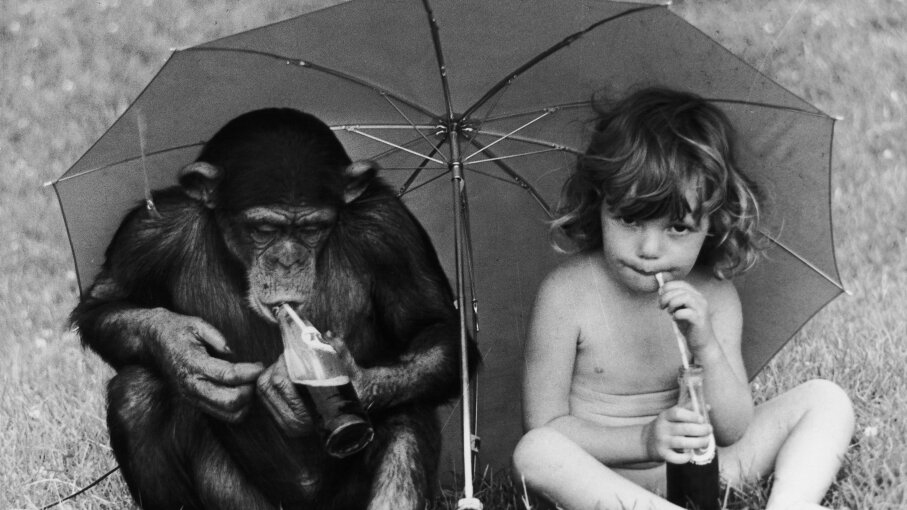 Winthrop Niles Kellogg raised his son Donald alongside a chimp of the same age named Gua (not pictured). Keystone-France/Gamma-Keystone via Getty Images

In 1931, a comparative psychologist at Indiana University by the name of Winthrop Niles Kellogg convinced his pregnant wife Luella to engage in a unique family experience – he wanted to raise a baby chimp alongside their soon-to-be-born son Donald. Luella agreed [source: Inglis-Arkell].

Gua was nearly 8 months old when she joined the family; Donald was 10 months of age. Both underwent constant observations of blood pressure, depth perception, motor skills, obedience, memory, growth rates and other vital aspects of development. For the first year, Gua frequently showed advanced abilities beyond her human companion. She was able to accept basic obedience commands and use utensils to feed herself [source: McLaren].

Every day, for 9 months, the couple observed Gua's development and taught her various skills. Then, abruptly, the experiment was halted. The chimp's cognitive development hit a ceiling, while Donald caught up and surpassed Gua's mental capacity. However, the human baby began mimicking the chimp's vocalizations, and the parents had had enough, perhaps fearful that Donald would pick up on a few too many animalistic behaviors [source: Nuwer].

Gua was sent back to the primate center she'd come from. Less than a year later, shortly after turning 3 years old, she contracted pneumonia and died.

Nim Chimpsky Gets the Munchies 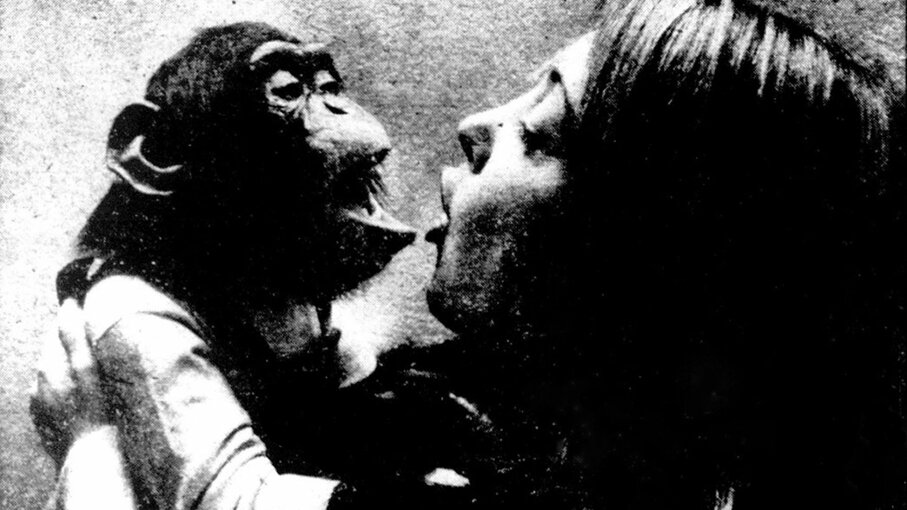 In the early '70s, Columbia University researchers decided to perform intensive studies on chimpanzee language potential. To conduct the experiments, called Project Nim, they acquired a 2-week-old chimp ("Nim") from the Institute for Primate Studies in Norman, Oklahoma. There, Nim's mother was tranquilized and the squalling baby was forcibly removed from the enclosure and plunked in the arms of a woman who took him back to her family in New York City.

The goal of the project was to raise Nim just like the other seven kids in the family to see how he'd respond, and to determine whether chimps could learn human language. Nim wore diapers and was even breastfed [source: NPR].

In just 60 days, the tiny chimp was climbing all over the house, often out of reach of his human caregivers. He learned some aspects of American Sign Language (ASL), working up to 125 signs, and could request drinks, food, hugs and playtime. He even smoked marijuana with the family and learned to use sign language to request the drug [source: Hess].

As Nim aged, he became aggressive, hitting and biting family members and researchers, but unlike a human child, he couldn't be taught to set aside those behaviors. He was cycled through a series of caregivers and ended up at a primate facility, where he was terrified of the other chimps due to his human upbringing [source: Rapold].

Nim eventually wound up at a home for abused animals, where he befriended another chimp and was heartbroken when she died. At the same time, he was very attached to two story books that he constantly "read": one was a children's book with a section on learning ASL and the other was a book about himself. Nim died of a heart attack at age 26, far removed from the family that first cared for him [source: Hess].

Never Serve Tea With Xanax to a Chimp 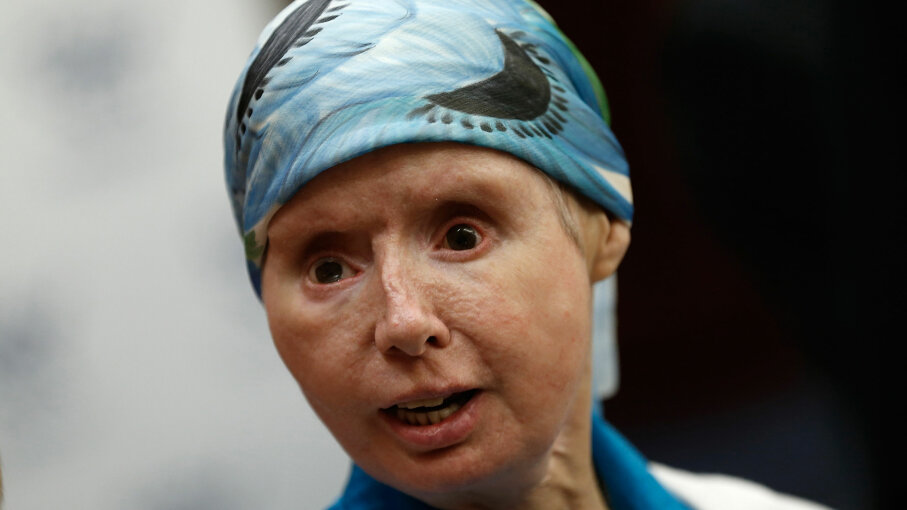 Charla Nash, who was mauled by a pet chimp and who underwent a face transplant, speaks at a press conference in 2014 on Capitol Hill in Washington, D.C. Nash joined members of Congress in advocating to ban the interstate trade of primates. Win McNamee/Getty Images

In 2001, Sandy Herold adopted a chimp named Travis from a home in Missouri. He was just 3 days old. He became a local sensation, accompanying Herold and her husband to work, playing with neighbor children and posing for pictures with passersby.

Travis learned to water houseplants, dress himself in clothes, open locked doors using keys and watch TV using the remote control. He also drank wine from a stemmed glass. But it wasn't long before his behavior deteriorated [source: Associated Press].

One day, when Travis was 14, he became agitated, so Herold allegedly offered him tea infused with Xanax to calm him. That's when a neighbor named Charla Nash arrived on the scene to help contain the primate.

But Travis, in an abrupt display of violence, attacked Nash and literally tore off parts of her face, permanently blinding her and resulting in years' worth of reconstructive surgery. Nash eventually received a face transplant [source: Brown].

Herold stabbed Travis with a butcher knife, but the rampage continued. Finally, a police officer arrived on the scene and shot the animal to death [source: Newman and O'Connor].

The chimp was infected with Lyme disease (which is often carried by ticks), which can cause mental problems in the afflicted, a factor that may have contributed to the violence. Or, perhaps the Xanax triggered an emotional meltdown. No matter the cause, Travis' story resulted in worldwide outrage and sympathy for both the animal and his unfortunate victim [source: Miller]. 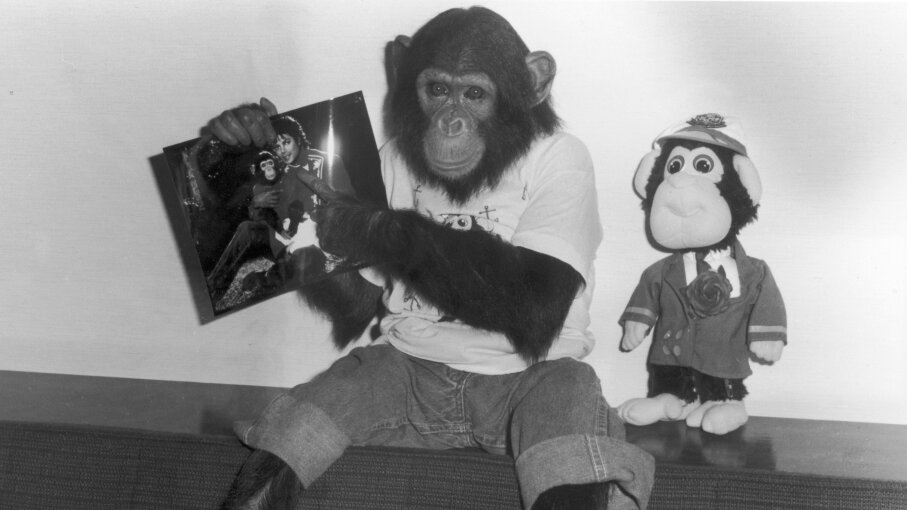 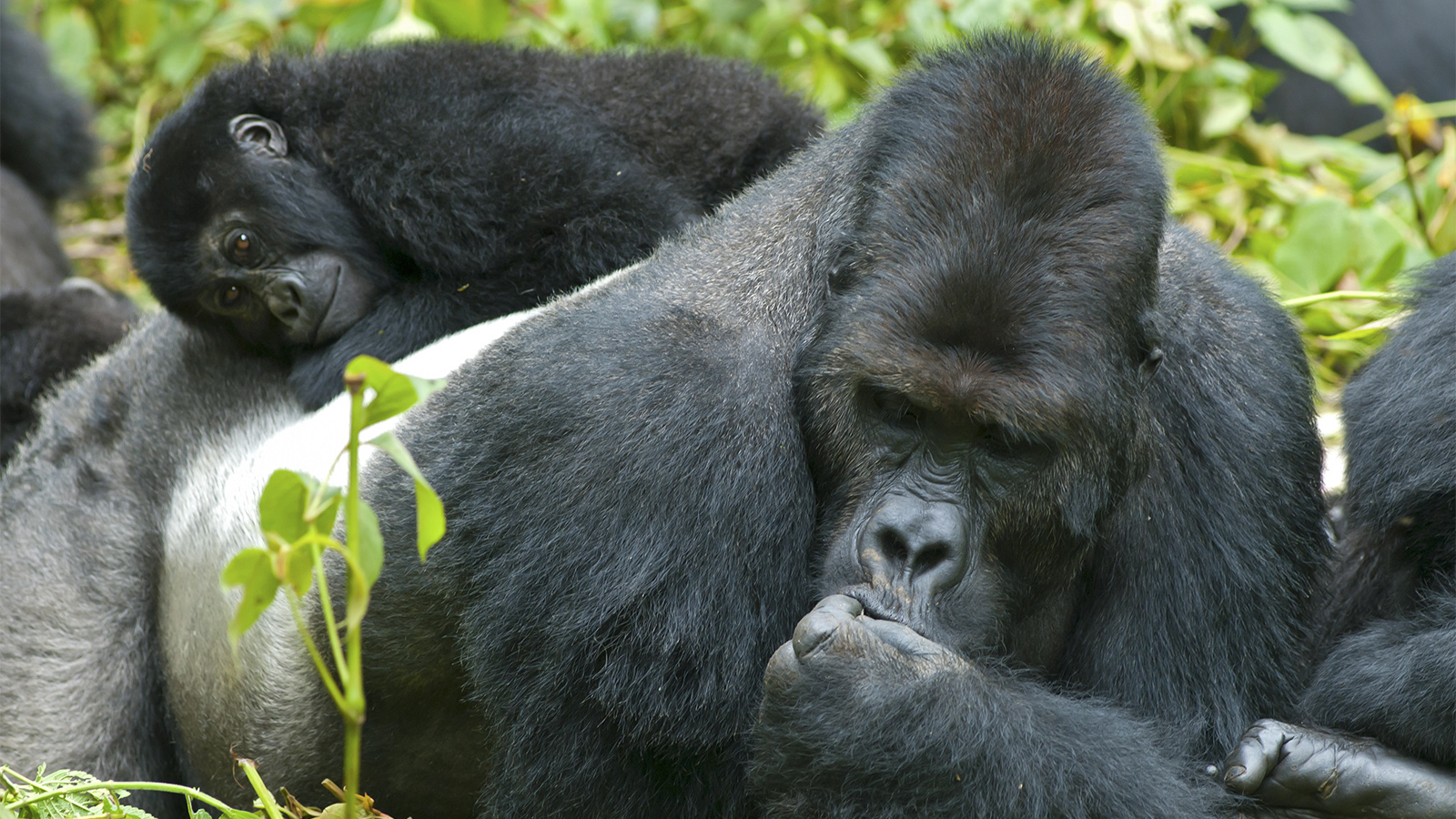 HowStuffWorks looks at the elusive and powerful gorilla, of which there are two species, the Eastern gorilla and the Western gorilla.