Introducing Our Combatants: Lion vs. Buffalo 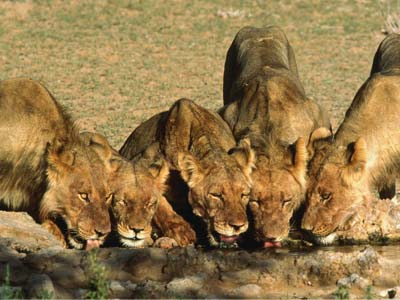 There are only about 26,000 lions on the planet, and most of them live in Africa, south of the Sahara desert [source: National Geographic]. As with many species, the male lion is typically larger than its female counterpart. While a lioness is usually about 5 feet (1.5 meters) long and around 400 pounds (181.4 kilograms), males can be as long as 8 feet (2.4 meters) and tip the scales at 550 pounds (249.5 kilograms).

The world's most social cats, lions live in groups called prides. Between three and 30 lions make a pride, which is comprised almost entirely of related females. This tightly knit group of lionesses will stick together for life -- it's quite difficult for an unrelated lone female to be accepted by the group.

The males, on the other hand, generally move on after reaching adulthood -- nature's way of stirring the genetic pot. A pride may have up to two unrelated adult male lions, and these males are under near-constant assault from other males trying to move in on their territory. A male may hold its top spot in the pride for several years, but eventually he will be killed or run off by a younger or stronger outsider. If he isn't killed in the process, the usurped male must leave and become a loner, doing his best to survive alone or looking for another pride with a male he can conquer.

It's good to be king, however. Lionesses do more than 90 percent of the hunting, while the male shows up after the kill, demanding and receiving first dibs on the meat. While the lionesses hunt, the males stay back to defend the territory, protect the cubs and keep watch for overly ambitious lone males who know a good situation when they see it.

Lionesses are lighter, faster and more agile than males, and these traits make them deadly hunters. These killers hunt in packs to limit injury, often between dusk and dawn.

The African buffalo hunts little more than grass, but you wouldn't want to bump into one in a dark alley. At 6 feet (1.83 meters) tall and 1,500 pounds (680.4 kilograms), this abundant and unpredictable creature is in no mood for monkey business (or lion or leopard business). Strong, powerful and wielding a set of horns that can measure 4 feet (1.22 meters) from tip to tip, the African buffalo isn't the kind of creature you want to startle. Many people consider them more dangerous than lions, and for good reason -- on average, more people are killed by African buffalo every year than by these big cats [source: National Geographic].

What they lack in speed, they make up for in stamina, and, like the lion, African buffalo are quite sociable with their own kind, often traveling in herds that range from 350 up to several thousand buffalo. As in prides, these herds consist overwhelmingly of females, and males use their giant horns to jostle for dominance. Male calves, which can walk at birth but are dependent on their mothers in the first year of life, must leave the herd once fully grown. Dominant male buffalo, which physically peak at about 10 years of age, must also leave once they've been conquered and replaced [source: AWF]. These solo males, once the defenders of the entire herd, are now easy prey for lions in need of a big meal.

So how does the herd protect itself when a well-organized assassination squad of lionesses is on the prowl? 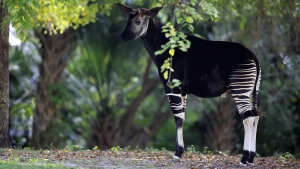 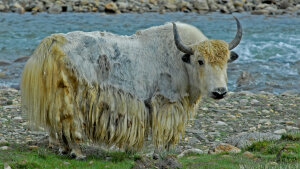