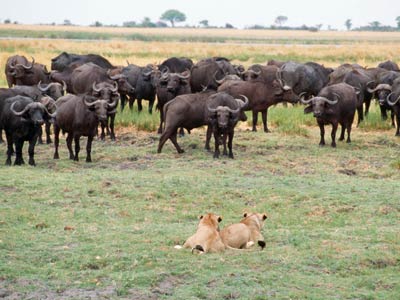 These lions at Chobe National Park in Botswana aren't quite sure if they feel lucky.
Panthera Production/Gallo Images/Getty Images

The breath of a lion isn't what you want to experience in the last moments of your life, especially when that lion is suffocating you with its mouth. Here's how the African buffalo tries to prevent death by lion:

All of these defensive tactics make buffalo a dangerous dinner for a pride of lions. For more articles on animal behavior, click on the the links below. 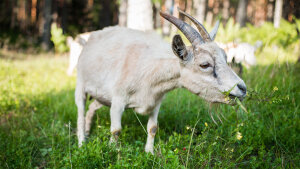