Alexander Camelton, the Baby Camel Taking the Internet by Storm

The ever-popular Founding Father already had a hit Broadway musical. Now Alexander Hamilton has a baby Bactrian camel (Camelus bactrianus) named after him, too.

Alexander Camelton, seen in the Reuters video above gamboling along with an adult from Lincoln Park Zoo's small herd, was born on May 9 to mom, Nasan, 7, and dad, Scooter, 6. Baby Alexander is the zoo's first camel calf since 1998.

Notice those two humps? Bactrian camels use them for storing fat, which the mammals can turn into water and energy as needed (watch this BrainStuff video if you're curious about that). Other adaptations include a thick coat, which they shed seasonally, nostrils that they can close completely to sand, and those lovely, long eyelashes and bushy brows (also handy for protecting them against the elements.)

Although Bactrian camels are still found in the wild, their numbers are dwindling, and they're listed as critically endangered. Nat Geo notes that you can still find some roaming Central and East Asia's rocky deserts.

Alexander Camelton and his Bactrian buddies may live as long as 50 years. Here's hoping they do!

Want a Bigger Raise or a Smaller Waist? The Answer Could Lie in Your Chronotype

A Train That Goes Nowhere Could Change How We Store Energy 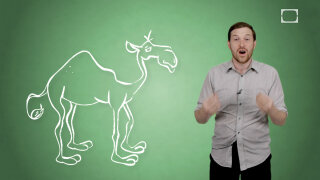 Do The Humps On Camels Hold Water? 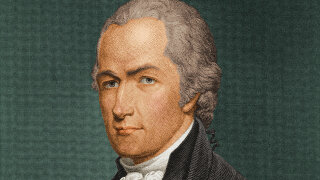