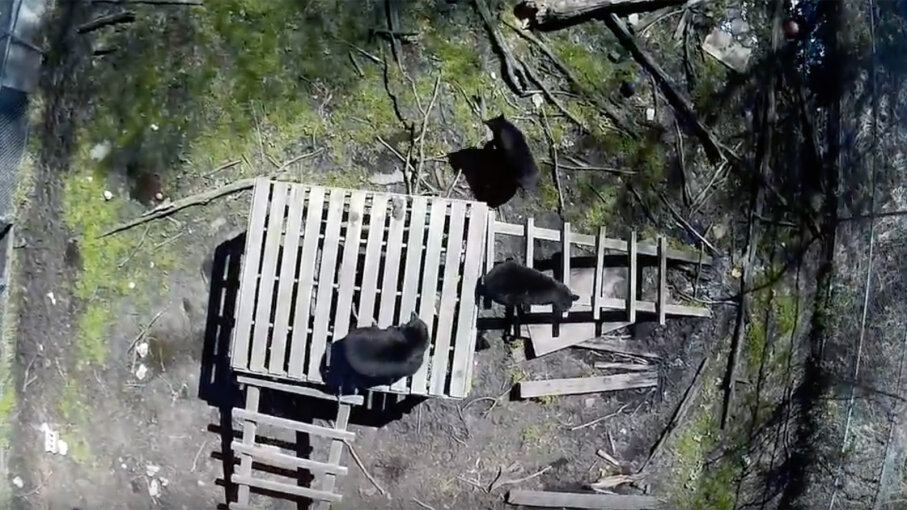 If you get a little freaked out when a drone flies overhead or — especially — close by, you are not alone: So do American black bears (Ursus americanus), according to a study published by researchers in 2015. They determined that, even though drones can be advantageous for research, conservation, aerial photography, animal population estimates and even to deter poaching of certain species, understanding how animals respond to drones is equally important.

Now those same researchers have followed up their 2015 research with a study published Jan. 15, 2019, in the journal Conservation Physiology that shows over time, bears do adapt to the presence of drones, or unmanned aircraft systems (UAS). The findings are important, researchers say, because drones are increasingly used in animal behavior research, as well as anti-poaching tools. Drones are also another consequence of Anthropocene, the proposed period spotlighting when Homo sapiens started having a significant impact on the planet.

"The popularity of unmanned aircraft systems among recreationalists, researchers and conservationists has increased tremendously in recent years and represents a new potential stress to wildlife," the study notes.

The research, led by wildlife ecologist Mark Ditmer, took place at a 372-square-meter (4,004-square-feet) fenced-in facility maintained by the Wildlife Science Center in east-central Minnesota. Ditmer and company tested the effects of a small drone — less than 2 feet (.6 meters) in length — on five captive American black bears at the center.

The drone flights were performed near the bears five times a day, twice a week, over the course of four weeks. Researchers monitored the bears' heart rates using cardiac biologgers. The study was paused for 118 days, then resumed to measure whether the bears' tolerance for the drones still existed.

According to the findings, while the bears showed strong heart rate elevation in response to the first drone flights overhead, their responses consistently diminished over time. The bears were considered "habituated to UAS" by the third week of the study. When researchers picked up the flights again several months later, the bears in the study were still mostly unmoved by drone presence.

However, the researchers offered several cautions:

"It's important to note that the individual bears in this study did show a stress response to the initial drone flights," Ditmer said in a press statement. "Close-proximity drone flights near wildlife should be avoided without a valid purpose. However, our findings do show that drone use in conservation, for things such as anti-poaching patrols, can provide benefits without long-term high-stress consequences."

Acclimatization to mechanical noises like drones can reduce animals wariness to human threats, the study suggests. And even though the bears' cardiac effects diminished, frequent disturbances from drones could cause other chronic physiological effects the study didn't measure.

Finally, the study, which included just American black bears, says if and how fast other wild and captive animals adapt to drones could be different. The captive bears at the center were already accustomed to regular exposure to humans and mechanical noises "that may have hastened their habituation to the UAS."

Now That's Interesting
Which state has the largest black bear population in the U.S.? California takes that honor, with an estimated 25,000 to 35,000 black bears roaming the woods.