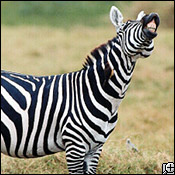 Equus burchelli includes six subspecies that each differ in the pattern of their black and white stripes.

They all graze in large herds on tall grasses. (Gnus often follow them and feed on grasses of medium height, and the gnus in turn are succeeded by gazelles, which graze on short grasses.)

Some zebra herds number in the tens of thousands, but within these larger herds are distinct family groups composed of a male, several females, and their young.

It has often been suggested that the stripes of zebras serve as camouflage in tall grasses. But the fact that they make no attempt to hide and freeze when a predator is seen — indeed, they become noisy and active — seems to contradict this. 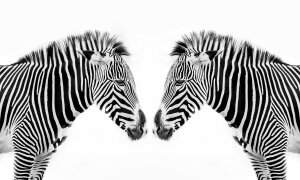 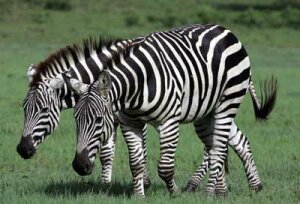