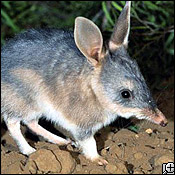 The greater bilby is also called the rabbit bandicoot. It is a burrowing marsupial with a hopping gait similar to that of a rabbit.

It builds burrows to a depth of about six feet (2 m), where it rests during the day when temperatures soar.

When it sleeps, it squats on its rear legs, using its tail for balance, tucks its head between its legs, and covers its eyes with its long ears.

At night the greater bilby comes out to forage for ants, termites, beetles, insect larvae, seeds, fruit, and some herbs.

Although once distributed over most of southern Australia, populations are now sparse due to habitat loss, predation by exotic species, the fur trade, and ranching.

Life Cycle: Mating March to May; gestation about 14 days, one to three young born that stay in mother's pouch about 75 days

What Can I Do?: Visit the Australian Wildlife Conservancy for information on how you can help. 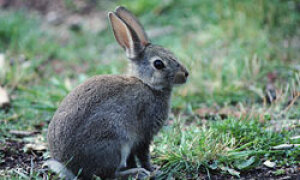 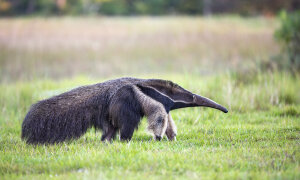