by Robert Lamb Jan 15, 2016
Elephants have been known to mourn. Kangaroos? Not so much. Jami Tarris/Corbis

Take heed, humans: Photograph the rest of the animal kingdom all you want, but anthropomorphize its denizens at your own peril. Because, as Australians discovered this week, sometimes that "mournful" kangaroo is actually just a confused necrophile.

Oh sure, it all started out sweet enough. Brisbane's Courier Mail newspaper ran a front-page image of a "mourning kangaroo" cradling the head of its dying mate, all while a doe-eyed juvenile stood by. The editor's sensational headline of choice? "Tender-Roo."

As it turns out, however, "Necro-Roo" might have served as a more appropriate headline because, as reported by the BBC, the mourner in question was probably lifting the kanger-cadaver in order to copulate with it. Forget the complexities of human mourning — or human necrophilia for that matter — because that's just a confused animal attempting to carry out his genetic prime directive.

As explored in the Stuff to Blow Your Mind podcast "The Science of Necrophilia," this sort of animal behavior isn't unheard of among ducks, penguins and various reptiles or amphibians. Often times, the perpetrator simply mistakes the dead individual for a live one. In the case of lizards, some experts believe that still-active pheromones and ambient body temperature may play a role in the confusion.

Weirdly enough, necrophilia isn't always a fruitless endeavor. In 2013, researchers discovered the Amazonian frog Rhinella proboscidea, which boasts nature's only known case of "functional necrophilia." When a female dies at the bottom of an orgiastic "mating ball," a male circles back around to squeeze the eggs out of her corpse and fertilize them.

So don't judge this corpse-randy marsupial too harshly. Despite his bipedal pose and our longing to glimpse humanity in his inhuman eyes, he's just a kangaroo. And unlike more intelligent species such as elephant and ape, there's no evidence that any roo ever mourned a death in the troop.

How We Grieve Our Famous Dead 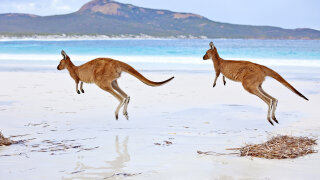 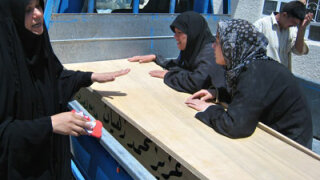