Why There Are More Sumatran Orangutans Than We Previously Thought

by Christopher Hassiotis May 2, 2016
Scientists recently changed their estimate of how many Sumatran orangutans live in the wild. Art Wolfe/Getty Images

The world is home to only two species of orangutan today: the Sumatran and the Bornean. Living on the Southeast Asian islands of the same name, the introverted great apes with the distinctive shaggy red fur are the planet's largest arboreal mammal, spending most of their lives in the trees of the Indonesian and Malaysian jungles. Both species are endangered, and the Sumatran orangutan (Pongo abelli) critically so. Their number in the wild was estimated at only about 7,000 — at least until very recently.

A new scientific investigation has discovered there are more than twice as many Sumatran orangutans living in the wild than previously thought: 14,600. That's good news, but it's not as good as it might appear. That's because the discrepancy between present and past data isn't due to growth in the orangutan population — it's because the method of counting and estimating the population was refined to be more accurate and survey more ecological locations in Sumatra.

"It was very exciting to find out that there are more Sumatran orangutans than we thought, but this does not mean that we can be complacent," says biologist Serge Wich of Liverpool John Moores University in a press release announcing the new development. "Numerous development projects are planned in the area that — if they are not stopped — could sharply reduce the number of orangutans over the coming years."

Wich and his colleagues estimate that, if more measures aren't put in place to protect them, a third of the world's Sumatran orangutans could disappear in the next 15 years.

The researchers, who published their findings in the journal Science Advances, also say that it's likely estimates of other great ape populations could change in coming years as research methods improve. Current estimates of P. abelli's cousins on the island of Borneo put that wild population at between 45,000 and 69,000.

Now That's Interesting
A giant species of ape called Gigantopithecus lived in mainland Asia thousands of years ago. Some suggest that ancient humans encountered them, and those experiences may have formed the basis of legends related to today's yeti and Bigfoot myths.

Precious Plastic Wants You to Build Your Own Plastics Recycling Center

It's Bumpy, Loud and a Little Bit Funny. It's Lawnmower Racing 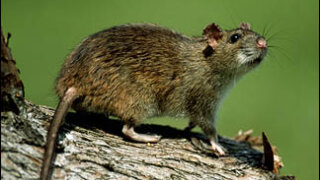