by Kate Kershner Mar 21, 2016
A girl peers at a killer whale on display in SeaWorld's San Diego Park in 2006. The park announced in March that it will no longer breed the animals. Wolfgang Kaehler/LightRocket via Getty Images

SeaWorld just got a little less sea, and a little more real world.

SeaWorld has publicly committed to ending orca breeding programs at all its parks. The programs have been criticized for years, most pointedly with the 2013 documentary "Blackfish," which detailed a captive orca's role in the deaths of three people.

What does this mean for SeaWorld in general? For one, it means the eventual end of orcas at the parks. Although there was a time when SeaWorld captured orcas from the wild, the park says it hasn't captured or collected any whales for more than three decades. All SeaWorld orcas have been bred at the park, in other words, and it makes the current residents the last generation of whales that will be on display.

"Display" might be the key word. Last year, SeaWorld announced it would no longer feature theatrical orca shows, and instead move toward a more natural, educational presentation. Essentially, SeaWorld promises to redesign the tanks to reflect a more native habitat, and focus on the natural actions and behaviors of the orcas as opposed to the trick-heavy demonstrations of the past.

So why now? Let's not forget that SeaWorld isn't doing so hot after the release of "Blackfish." Its stock price has been slashed in half over the past three years, and attendance went into deep decline. Consider that its net second-quarter income fell a whopping 84 percent from 2014 to 2015, and there might be reason to believe that SeaWorld saw the writing on the tank. NPR also mentions the legal battle with the California Coastal Commission, which refused to approve expansion plans for SeaWorld's San Diego park unless SeaWorld stopped breeding captive orcas. So, time to change its parks, or risk becoming an endangered species itself.

Remember also that wild orcas are still in desperate need of protection, in part because of the role played by parks like SeaWorld. While all orcas are protected under the Marine Mammal Protection Act, populations in the Puget Sound are listed as endangered, as designated in the Endangered Species Act.

Once numbering over 100 in the 1960s, 34 whales from those Puget Sound pods were captured between 1967 and 1973 and removed to marine parks, according to a National Oceanic and Atmospheric report. Consequently, the reproductive trends were disrupted, which led to population declines in the 1980s. As of the end of 2015, 84 orcas now populate the three pods in the Puget Sound.

So while SeaWorld is dedicated to ending its breeding program — and providing high-quality care and attention to the whales that remain, and will remain for years — do keep in mind that wild orcas still struggle under the nearly catastrophic decision to capture the animals in the first place.

Now That's Interesting
As part of the agreement to end orca breeding in the parks, SeaWorld is partnering with the Humane Society of the United States to advocate against harmful commercial fishing practices, commit to sustainable seafood in their parks and to pledge $50 million over the next five years to marine rescue campaigns.

Ridiculous History: The Curse of the Colonel 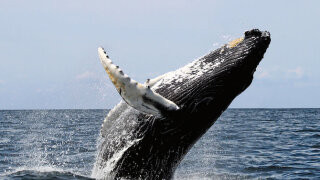 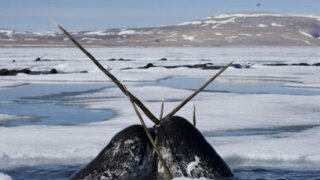 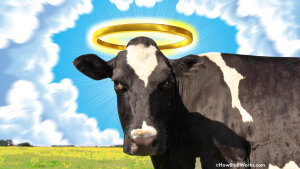